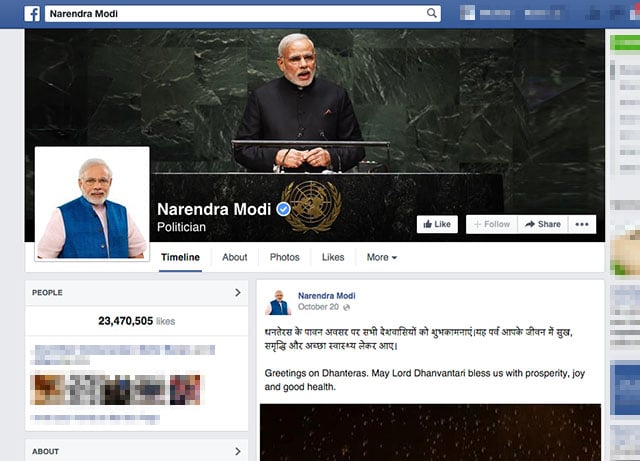 What would you do if you found your photograph misused, not by a celebrity or a company, but by the head of government of a country? That’s the question facing Cambridge, Massachusetts-based photographer Bimal Nepal.

Nepal, a photojournalist whose work has appeared in National Geographic, recently found his photograph shared without permission by the prime minister of India.

Here’s the photograph in question that was originally published to Nepal’s Flickr page in November 2012: 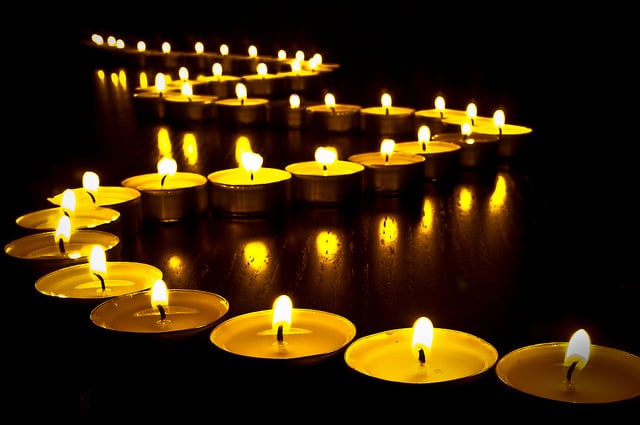 The photograph is of the Hindu festival Diwali (AKA the “festival of lights”), and can be found on Flickr through searches for that term.

Two days ago, Indian Prime Minister Narendra Modi published a modified version of that photograph on his Facebook page to wish his 23.4 million followers “Greetings on Dhanteras.” It quickly amassed nearly 450,000+ Likes, 40,000+ shares, and 15,000+ comments: 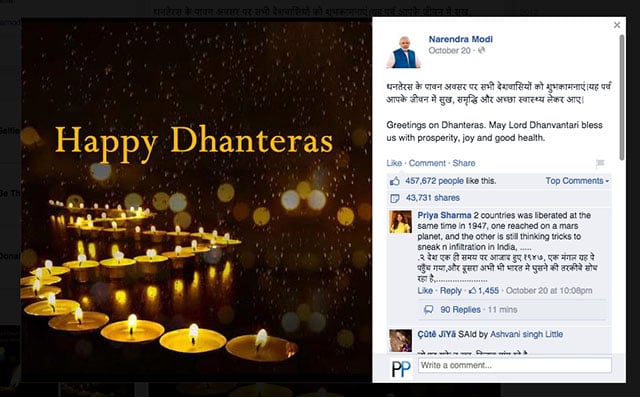 Nepal says that he was honored to see his photo shared by someone so prominent, but was miffed by the lack of credit and the fact that no one asked permission:

One of my photographs has been used by one of my greatest heroes, a true leader Indian Prime Minister Narendra Modi in his Facebook page. I shot this photo in my dining room last year with the help of my daughter Abina. She set up the candle lights on Diwali in our home in Cambridge Massachusetts. I am truly honored!

My greatest question and concern is – there is no credit for the photographer?! What will happen so called © copyright issue? He did not ask for the permission. Any suggestion?

Supporters soon began voicing their support of Nepal. Sree Sreenivasan, the Chief Digital Officer at the Metropolitan Museum of Art in NYC, passed the story on to editors of newspapers in India asking if anyone had contacts in the prime minister’s office.

The story has begun appearing in mainstream publications. The Hindustan Times published one piece about it.

So far though, nothing has changed. The photo remains up and intact on the prime minister’s page without any mention of Nepal. We will update this post if/when there are any developments.

And now, our question for you: what would you do if you were in Nepal’s shoes?