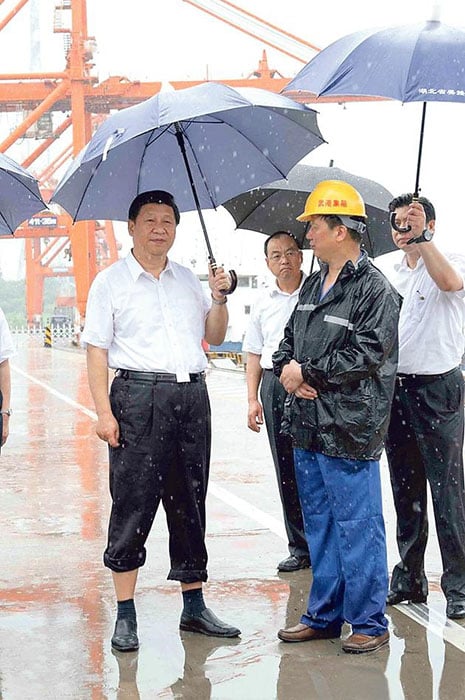 This photograph of Chinese President Xi Jinping is more than a snapshot captured in the rain: today it was awarded China’s highest photojournalism prize, the National News Award. The award is known as China’s equivalent of the Pulitzer Prize.

The announcement was made today by China’s state media group, which tweeted that the “Photo of President Xi on a site inspection in Wuhan on a rainy day last year won the China top journalism award.”

According to Adam Taylor of the Washington Post, the photograph appears to have been judged primarily based on the subject matter than on technical or artistic merit.

What’s notable about the image’s contents, you might ask? The answer may surprise you: it all has to do with how “ordinary” President Xi looks.

It’s a rare photo that shows Xi casually dressed, with his pants rolled up to keep them dry, and with an umbrella clutched in his own hand. It’s, “one of the most important people in the world is looking decidedly like an average Joe,” Taylor writes.

Apparently it’s all part of an effort by the Chinese government to appear more down to Earth and relatable, especially as things like income inequality and corruption continue to cause grumbling in China.

In case you’re wondering what the second place winner in the National News Award was this year, here it is: a posed photograph of former politician Bo Xilai during his trial for corruption: 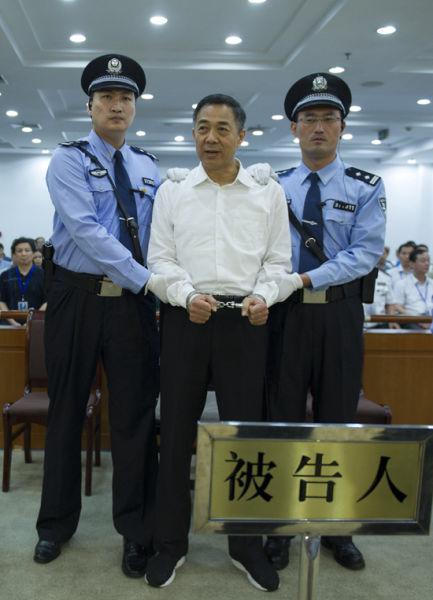 So, unlike the Pulitzer Prize in America, the Chinese equivalent seems to be more about politics than photographic achievement. Here are two concluding facts that back up that point: neither announcement mentioned the name of the photographer behind the image, and China’s state press agency is not giving foreign media (e.g. The Washington Post) the permission to publish these photos.