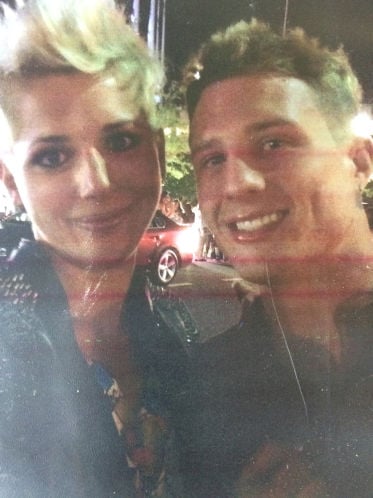 A strange story from over in Florida: the Tampa Bay Times reports that back in August, a 23-year-old man named Andrew Noll (picture above at right) was shot by his former lover.

When the home’s alarm went off and she heard someone coming up the stairs, she grabbed a 9mm Ruger. When the door opened, she fired. A bullet sliced through Noll’s chest and exited his back, piercing a painting on the wall behind him. […]

As he lay bleeding, Noll raised the phone and snapped a selfie.

Image credit: Photograph of Simpson and Noll by the Tampa Police Department