The Study of Pose is an upcoming book by photographer Steven Sebring and supermodel Coco Rocha, who’s well known for her ability to “freestyle” various poses in rapid succession (some people call her the “Queen of Pose”). The book is packed with 1,000 different black-and-white poses by Rocha displayed on over 2,000 pages and serves as something of an encyclopedia of poses.

The project actually goes beyond the poses printed on the pages of the hardcover book. Each pose was photographed in an experimental 360-degree rig. This allows each one to also be offered in an interactive 360-degree version through a companion program that is offered with the physical book.

Using the app, viewers can rotate Rochas poses to see their shape and form from every direction. Sebring tells Dexigner that he began building his photography rig as touchscreen devices started becoming big. He then began collaborating with Rocha, and the duo decided to cover all the poses they could think of, starting from classes poses in art history and then moving onto poses from fields such as fashion, film, and dance. 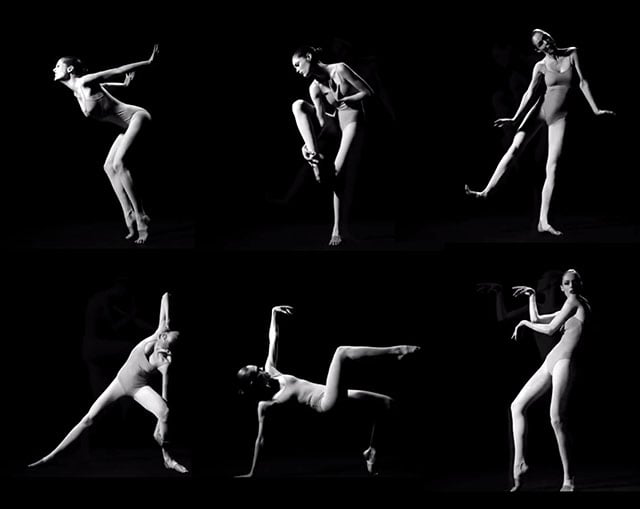 Study of Pose features Rocha in a simple white leotard—bending, jumping, sitting, standing, and everything in between. The result is a gorgeous and arresting look at the potential of the human form.

Packaged in a beautiful black case with two black satin bookmarks and a four-color bellyband with French folds, Study of Pose is sure to become an essential reference for Rocha’s millions of fans around the world, as well as all models, artists, photographers, and lovers of art and fashion.

Study of Pose will be released on October 28th, 2014. You can preorder a copy for yourself over on Amazon for $40.

Study of Pose: 1,000 Poses by Coco Rocha [Amazon via Dexigner via Fstoppers]

Update: The book is now available, but there currently is no mention of where/how to obtain the app. We will update this post with details if/when they become available.