In June of 2011, astrophotographer Jean-Luc Dauvergne travelled all the way to Tajikistan to capture the total lunar eclipse on June 15th in the best conditions possible. Lasting almost two hours, he captured the eclipse from start to finish in a captivating minute-long time-lapse with one heck of a crescendo.

Shot entirely at night using a Canon 350D (Rebel XT) attached to an equatorial mount, he had his camera follow the moon as it arched across the sky above a lake.

The video starts off incredibly bright, making you think it’s shot during the day, but as the moon begins to fade you realize what is actually being captured. And then, once the moon is occluded completely, the stars come out to play: 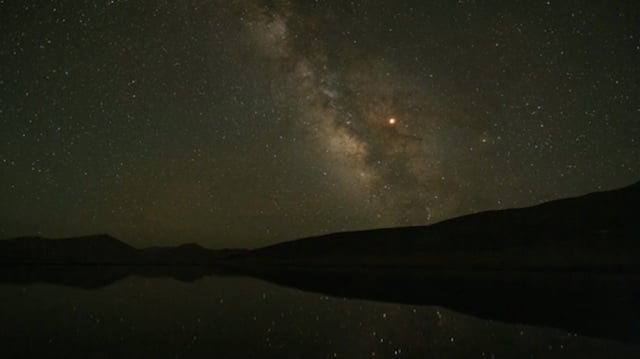 The final video shows the key sequence a few times, cropping in closer so you can see the transition from light to darkness a bit better, and then closer still until you can actually identify some of the nebulas that became visible during the eclipse.

Tonight, the US, Australia, and East Asia will be treated to a total lunar eclipse of their own. Click here to find out when you’ll be able to see it and don’t forget to send any awesome time-lapses or images you capture tonight our way!

Math and Photography: How to Capture a Pellet Piercing a Water Drop