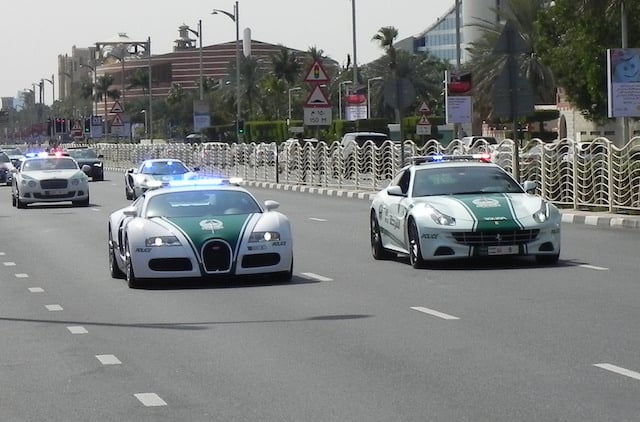 Identifying wanted criminals is about to get a whole lot easier for Dubai police thanks to the camera built into Google Glass and some custom-built facial recognition software.

According to Reuters, the opulent police force known for driving Lamborghini and Bugatti police cars is going to be getting Google Glass and pairing it with software that can continuously scan the faces in the vicinity and compare them to a database of wanted people.

If a face matches, the device will alert the officer.

Initially the use will be a lot less 1984-ish: the cameras will be used to track cars and traffic violations. But if the test phase goes as planned, detectives will begin using Glass with the aforementioned facial recognition program.

And though it might seem like $1,500 per device is a bit of a steep price to pay, keep in mind that officers working in tourist areas in Dubai drive $400,000 Lambos because it’s “in keeping with the Gulf capital’s image.” At that rate, one Lambo = 266.7 pairs of Glass… they can afford it.