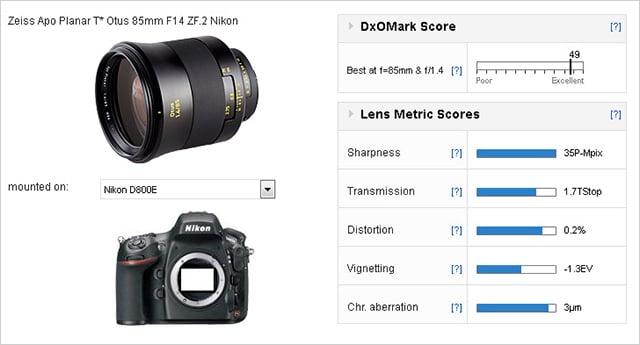 No surprises, but perhaps further confirmation for those trying to convince themselves that $4,490 is a reasonable price to pay, DxOMark has officially put the new ZEISS 85mm f/1.4 Otus through the wringer and it has come out the other side the most capable 85mm portrait lens they’ve ever tested.

When attached to the D800E, it performs only a smidge worse overall than its 55mm older brother, but it takes all 85mm competition “hands down”: 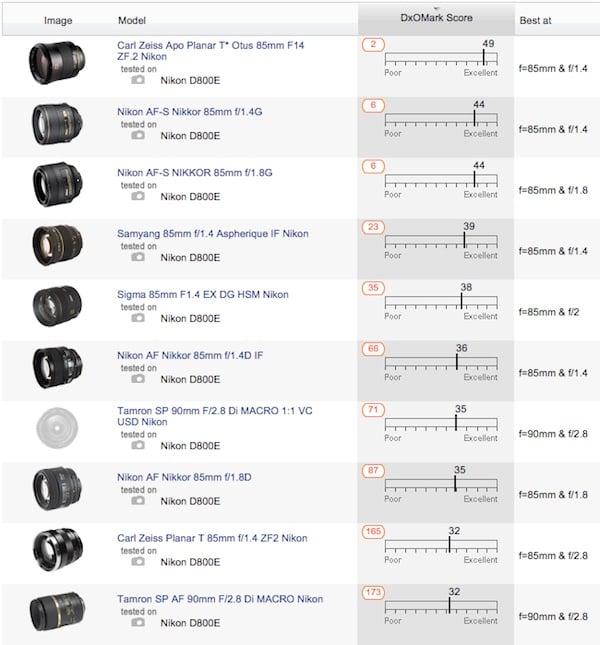 Summed up well in DxOMark’s own conclusion to the review, “The new Otus 85mm is without question the most desirable and best performing 85mm portrait lens available but at $4,490 it’s not for those without deep pockets.”

The iPhone is NOT for Photographers