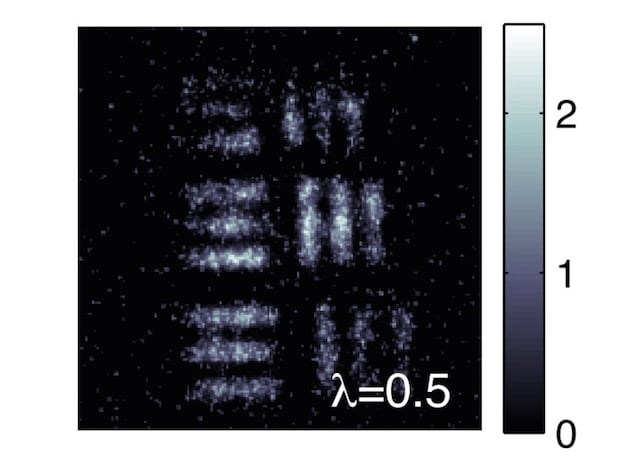 We’ve seen low-light photography before, but what about no light photography. While it seems borderline impossible, researchers have combined a number of techniques to produce photographs in almost complete darkness, where the resulting images are using less than one photon of light per pixel!

The research comes from The University of Glasgow, where a team of scientists are combining a number of existing techniques to capture images in what we would perceive as total, pitch black darkness. 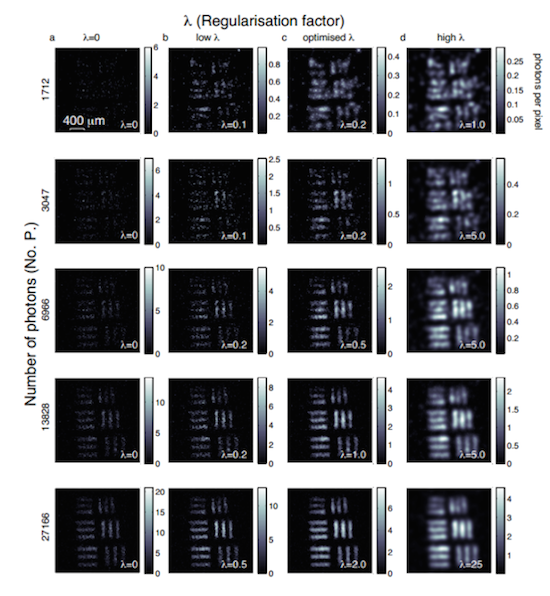 Specifically, Peter Morris and his team are using a mix of two techniques: heralded imaging and compressed sensing. The former meticulously pairs photons together to gather information from an image, while the latter uses an algorithm of sorts to measuring the data points from those photons and pull more info from less input.

But the science is only as cool as the results; fortunately, in this case, the results are pretty incredible. Using a standardized resolution target, researchers were able to capture an image with less than 0.2 photons of light per pixel.

And in a non-standardized test of resolution power, researchers photographed a wasp wing in almost total darkness, generating impressive results at only 0.45 photons per pixel. 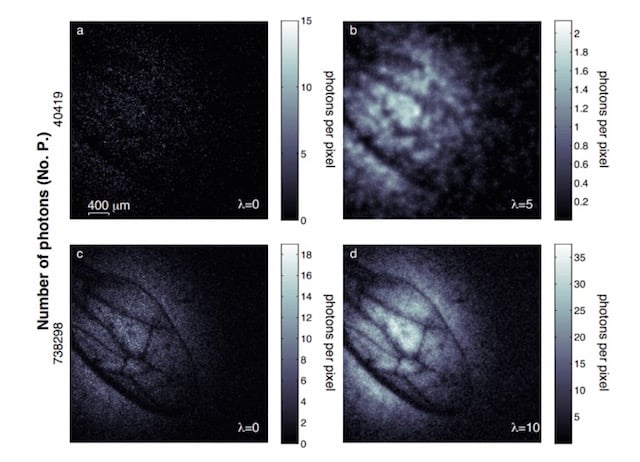 No one seems to know how far this technique could be exploited, but the options are almost limitless. From biological research to the photographing of extremely light-sensitive materials/objects, there are plenty of reasons to continue pushing forward with this technology.

Who knows, at this rate, some day the Sony a7S may be the worst low-light camera you own.