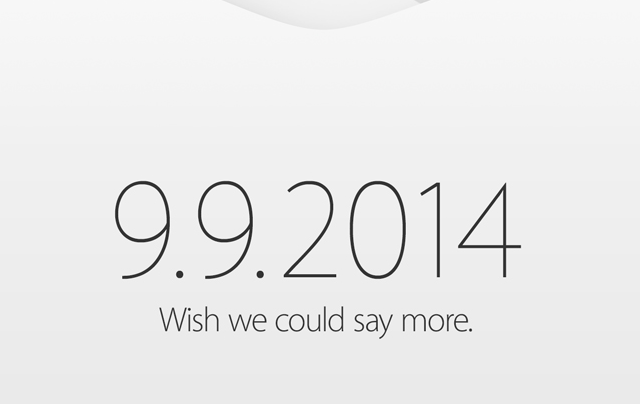 Apple wishes they could say more about their event on September 9th, invites for which just went out. Sadly, they cannot, but all rumors point to an iPhone 6 announcement on that day with the possibility of an iWatch as well, so you’d better mark your calendars.

For those of you who don’t know, the iPhone is the “world’s most popular camera” — despite the fact that it can do a whole lot more than take pictures — and the few murky rumors that have emerged about the 6 point to a major camera update.

Of course, this is all speculation at this point, but keep an eye on the site around 1PM ET on 9/9/14 and we’ll be sure to pass along all relevant info just as soon as it’s official!