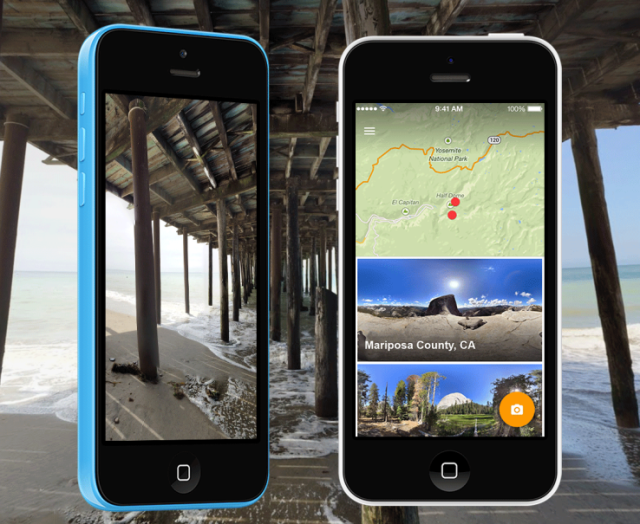 Google’s Photo Sphere has been one of the glowing capabilities of Android phones since its release just over a year ago, but the reign of exclusivity is now over for the Android faithful. As of earlier today, Google has officially brought its Photo Sphere capabilities to iOS though the Photo Sphere Camera app.

In case you’re not familiar, Google’s Photo Sphere is a dedicated panorama application that can both capture and display a full 360º view of any scene. You stand in one spot and slowly rotate yourself — and your device — around, up and down while taking pictures to create an immersive 360º image you can revisit whenever you want.

If you’re still a bit confused as to how it works, here’s a walkthrough created by Google before Photo Sphere made its way to iOS.

Of course, in addition to making your own interactive Photo Spheres, you can also browse the ones people have shared with the public, like the ones on Google’s dedicated Views site. And now that the capability is open to iOS users, we expect the already popular genre will take off once again.

So if you’re an antsy iOS user wanting to get your hands on Google’s latest goodies, give the app a free download from the iOS App Store by clicking here.

Iceland from Above: Gorgeous Aerial Photos of Icelandic Landscapes by Lukas Gawenda