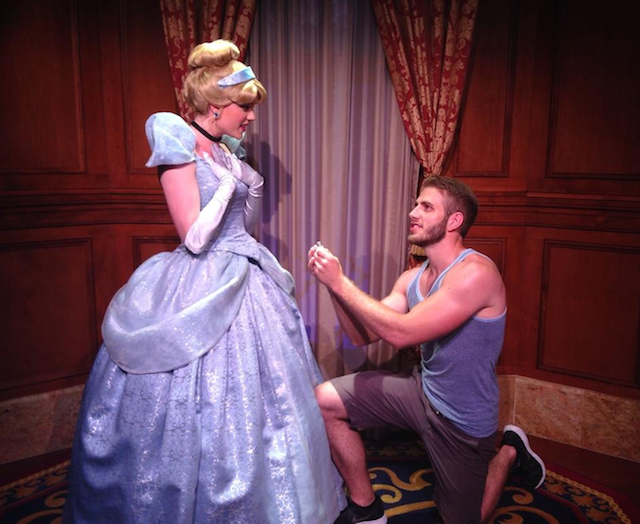 Sick of the standard Disney World pics? Blaine Gibson of Austin-based production studio Rooster Teeth sure was… so he did something about it. During his recent trip to the park, he surprised no less than 5 of the Disney Princesses (and one surprise) there by dropping down on one knee and proffering a fake engagement ring from WalMart while one of his friends capture their reaction.

All of the princesses played along splendidly — although Aladdin wasn’t thrilled — resulting in a hilarious set of photos that break the standard travel pic mold and probably made for an interesting, if not unique, experience for the actresses.

Here’s the set of now-viral pictures, ending with that surprise we mentioned above: 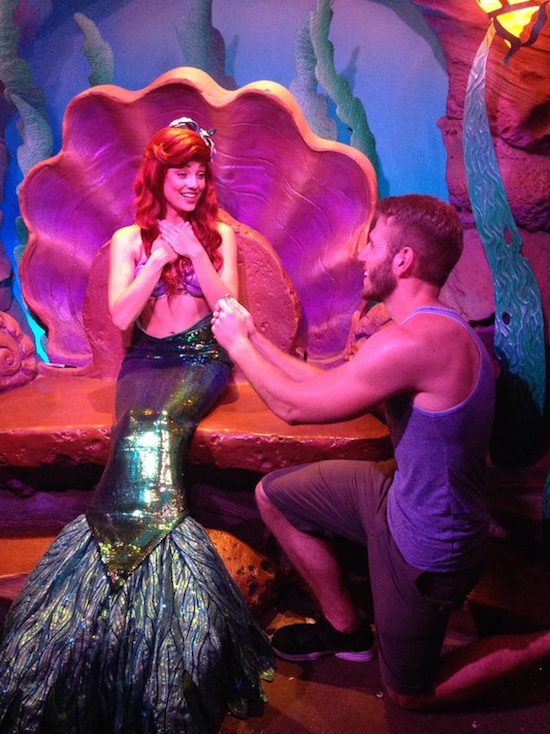 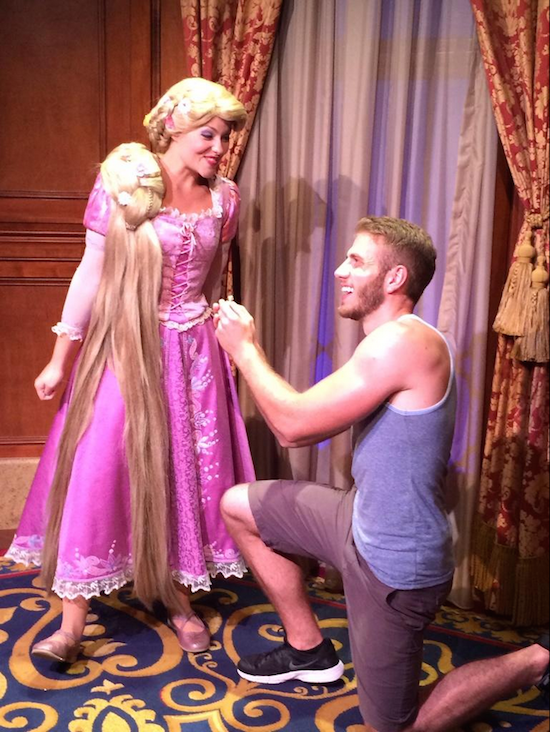 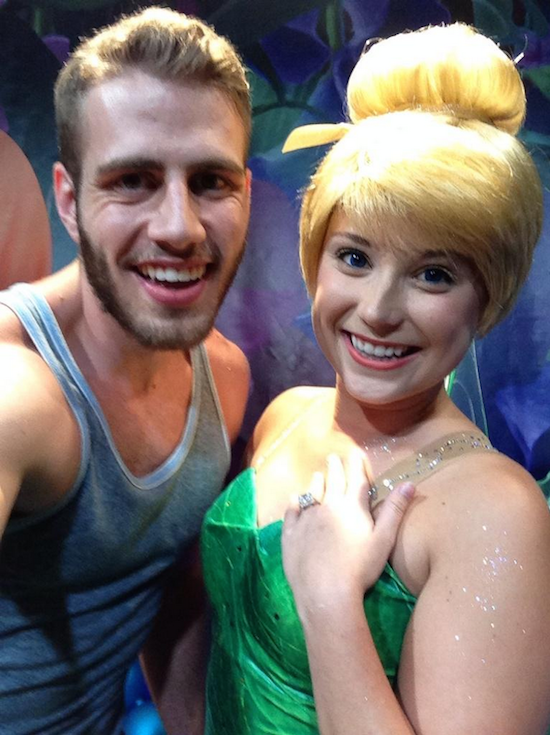 In the end, it was Tinkerbell that got to keep the ring because she was the last of the princesses he proposed to. But even though he says it was Tink, Ariel and Rapunzel that stole his heart, I think we all know it’s Gaston who really takes the cake here.

Image credits: Photographs by Blaine Gibson and used with permission