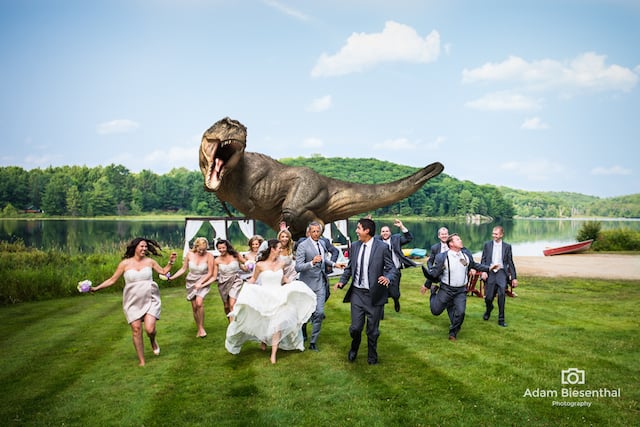 That’s it, nobody can use this idea anymore because the ultimate ‘running away from a T-Rex’ wedding photo has officially been taken. At a wedding this past weekend, photographer Adam Biesenthal put the popular photo idea to bed when none other than Jurassic Park actor Jeff Goldblum joined in on his version, seen above.

The photo, inspired we assume by this viral shot taken by Louisiana-based photographer Quinn Miller, is being called the “world’s best wedding photo” by some. And while we wouldn’t go that far, we have to say it does take cheesy Photoshopped wedding pictures to unprecedented levels of awesome. 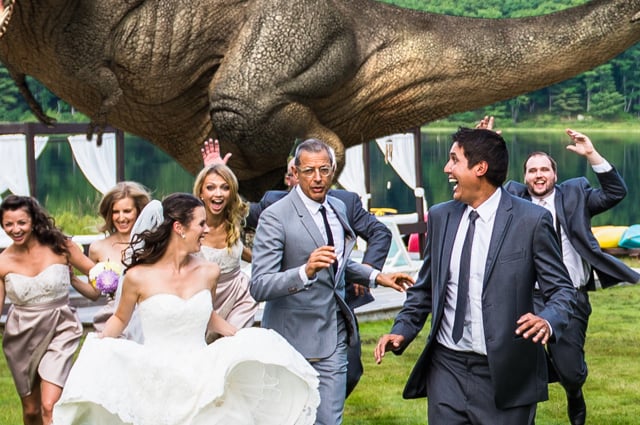 We spoke to Biesenthal to get permission, and while he couldn’t share much in way of details regarding how the photo was taken, he did confirm that it is indeed Goldblum in the shot.

The 61-year-old actor of Jurassic Park and Independence Day fame (among many others) and his fiancée Emilie Livingston attended the wedding of Pamela and Jesse Sargent because Livingston is friends with the bride.

Naturally, when it came time to take photos, this idea came to mind and Goldblum once again put on the persona of Dr. Ian Malcolm.

Image credits: Photograph by Adam Biesenthal and used with permission

Tutorial: How to Quickly and Easily Create the Dolly/Hitchcock Zoom in Your Time-Lapses

DIY: How to Make a GoPro Float with a Bottle Cap and Sugru