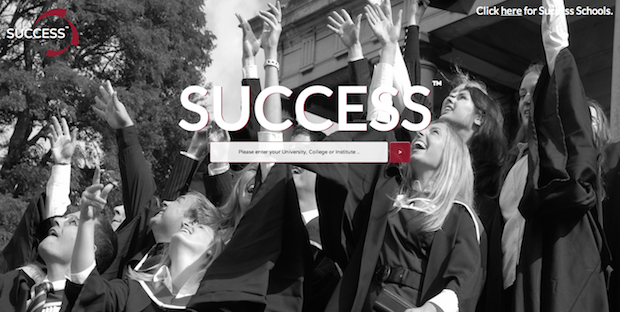 Students at the University of York in the UK spent their graduation day yesterday Tweeting images of a controversial offer by school photo agency Success Photography.

When they went on the agency’s site to select their graduation picture options, in addition to how many wallet size prints they wanted and whether or not they wanted a digital download, the site also allowed them to select “Digital Slimming” and “Digital Complexion and Smile Enhancement.”

As you would imagine, the really controversial option was the “digital slimming,” which many students took to mean they could have themselves made to look skinny if they would only be willing to pay £10.

Reactions ranged from saddened to amused, with one student calling the offer “a sad snapshot of society and why many people have such low self-esteem.”

I can pay £9.95 to have my graduation pictures photoshopped to make me look thinner. :( pic.twitter.com/onsLjKEVOH

Being able to select to have 'digital slimming' for my graduation photo… Hysterical!! pic.twitter.com/uNhE5FeB

Of course, as everyone from BuzzFeed to the BBC picked up the story, the agency itself to comment on the matter and clear things up. Apparently, the slimming has to do with the ‘unflattering’ graduation gown and not the person:

Just to make clear 'digital slimming' refers to reducing the appearance of the gown only, never the individual.

However, the clarification hasn’t satisfied many who still believe the option, or at the very least its wording, is doing damage to students’ self esteem right when they should be feeling proudest of their achievements.