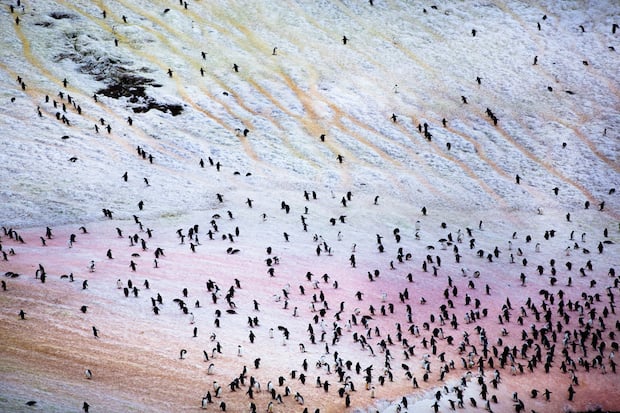 When you hear Antarctica, a number of images probably come to mind: penguins waddling along, barren white expanses and massive glaciers all probably make an appearance. But no matter what images the continent conjures up, you probably wouldn’t describe any of them as ‘colorful.’

When Canadian photographer Gaston Lacombe headed south to spend a couple of months on the frigid continent, he too expected to find a whole lot of white, with maybe some blue and the occasional tuxedo black of a penguin. What he didn’t expect were the occasional explosions of color he actually found there.

Lacombe’s trip was purely artistic in nature. Given license from the Government of Argentina to live at the Esperanza Base as an ‘artist in residence’ for two months, he photographed the colorful landscapes that Antarctica only reveals for hours at a time — fleeting glimpses of the bleak continent’s more flamboyant side. 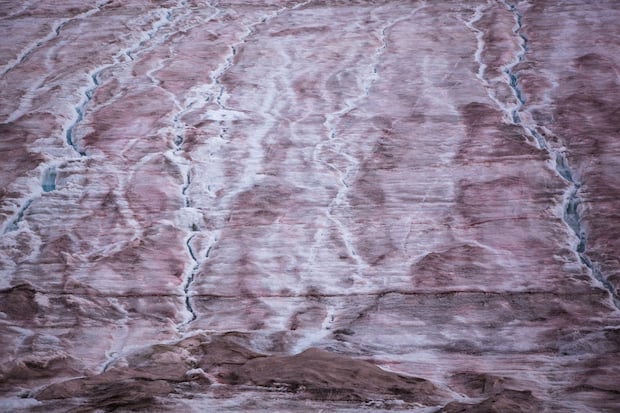 The main subject of Lacombe’s photographic endeavors in Antarctica were penguins, and as he revealed to us over email, they were often the reason for all of the color in the first place:

The three main “coloring agents” are 1) Dirt: there is an area of thaw in the summer around Esperanza and the brown and black that is in the photos is dirt blown by the wind, or mud carried over by penguins. 2) The microscopic algae living in the snow. And 3) Penguin Poo: penguins eat krill, which goes in pink, and comes out pink too. The whole penguin colony was covered in pink sludge, and the penguins carried this pink with their feet all over.

Okay, so colorful and a bit gross, but colorful none the less. Here is a selection of images from his adventures in Antarctica that Lacombe was kind enough to share with us: 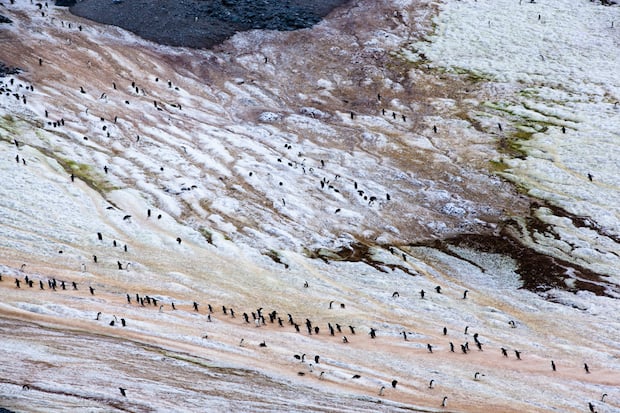 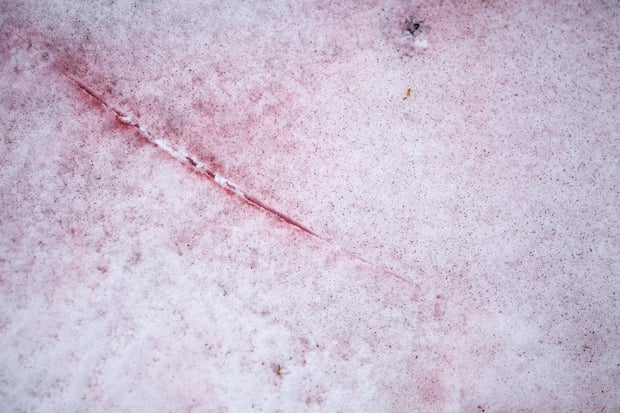 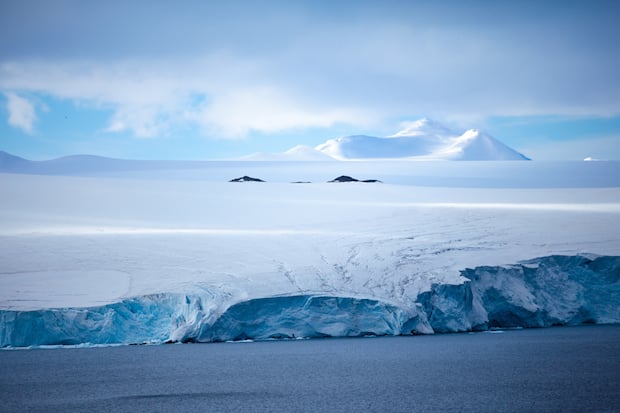 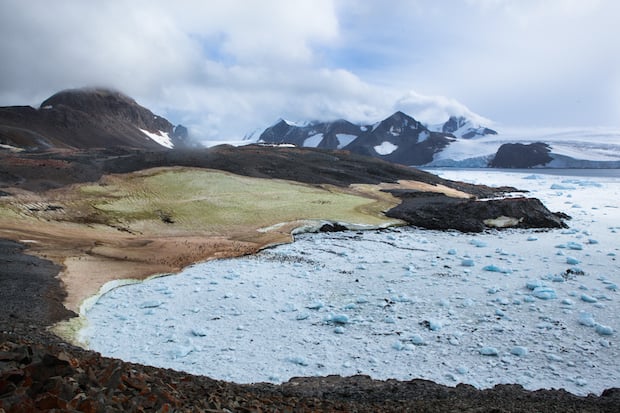 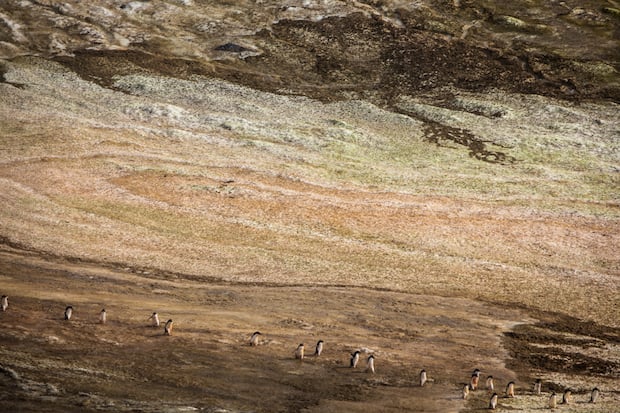 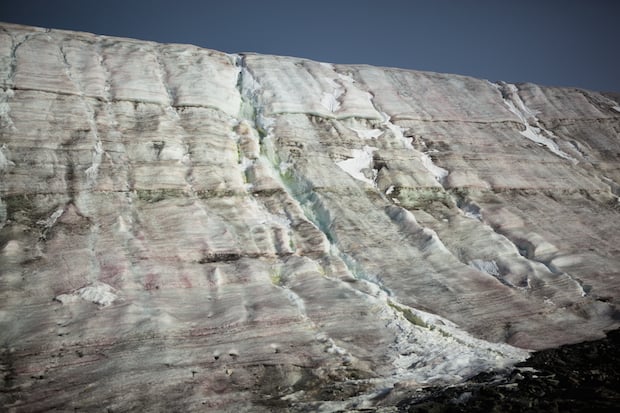 To see more of Lacombe’s work, head over to his website by clicking here. In addition to images of his summer in Antarctica, you’ll also find a moving series on animals in zoos, a beautifully shot series called “Grandmas Quilts” and much more.

Image credits: Photographs by Gaston Lacombe and used with permission