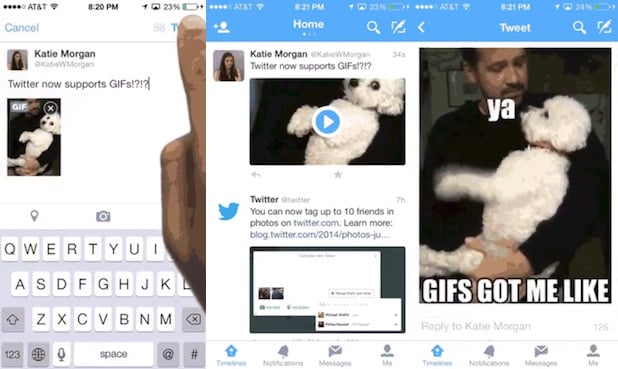 The news will be received, no doubt, with both cheers and groans depending on whether you fall on or off the GIF bandwagon, but it’s been a heavily requested feature and Twitter decided to deliver where Facebook has repeatedly refused.

Starting today, you can share and view animated GIFs on http://t.co/wJD8Fp317i, Android and iPhone. http://t.co/XBrAbOm4Ya

As you can see from the somewhat frantic video above, GIFs show up in your Twitter time-line with little play buttons over them, so you won’t be bombarded with moving images unless you want to be. From there, you can either click on the tweet or the play button to see the GIF in action.

Head over to your Twitter feed to see the feature demonstrated. No doubt at least a few of the people you follow have already started taking advantage.