After leaking ahead of time for the whole world to see, Facebook yesterday officially released Slingshot: its second attempt at a Snapchat competitor that adds an interesting twist to the ephemeral message dynamic.

Perhaps best described as ‘Snapchat with a twist,’ Slingshot still allows users to send and receive self-destructing picture and video messages. It also still allows users to decorate their ephemeral messages with text and doodles. The main differential between the two is that Facebook will make you Sling a message back before you get to see what it is you were sent — sort of a good faith reply. 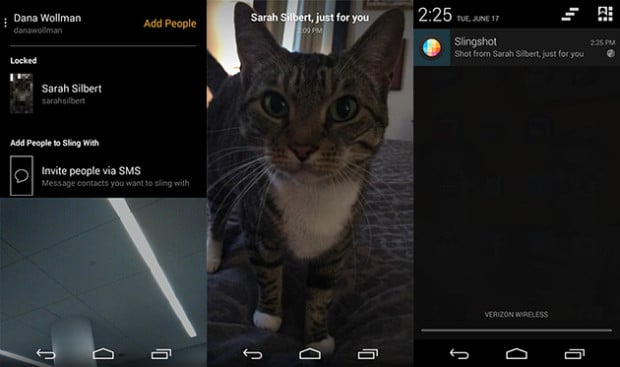 Right now, Snapchat has quite the upper hand in regards to market share, but Facebook’s strong user base gives Slingshot a better chance to make a dent than any other Snapchat competitor on the market. To download the app for either Android or iOS, head on over to the Google Play Store and/or iOS App Store.

Kanye Publicly Slams Annie Leibovitz, Says He Had to Edit His Own Wedding Photos