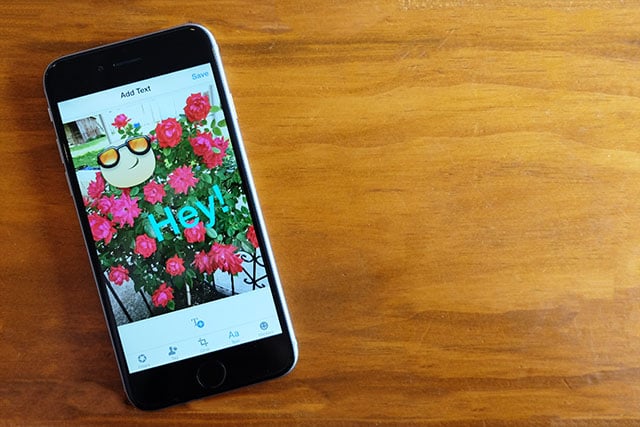 It is no secret that Facebook has been hot on the trail of Snapchat. In 2013, the massive social network reportedly offered to buy the small Snapchat startup for three billion dollars. After being turned down, Facebook decided to try and invent their own alternatives – Poke and Slingshot. Despite the two applications being more full-featured, Snapchat prevailed. Now, Facebook has decided to ‘borrow’ some of Snapchat’s features its primary mobile app. 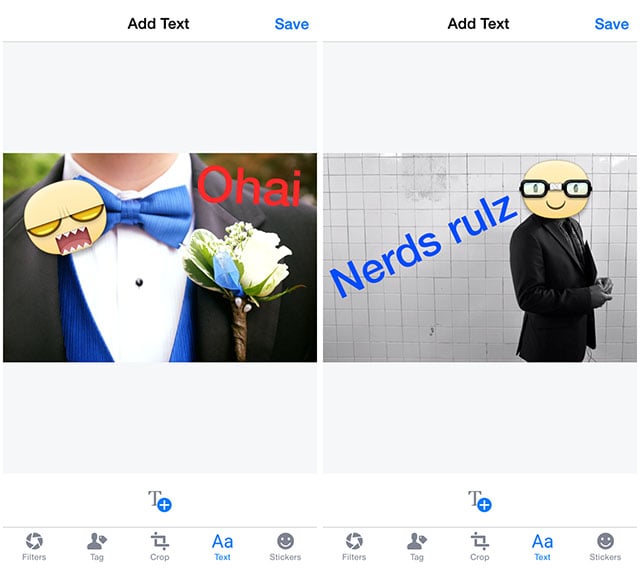 The latest iteration of Facebook’s application now allows you to customize your photographs in a way that is eerily similar to Snapchat. After uploading a new picture, you will notice a finger gesture that hints you should swipe across the photo. Follow the magical finger’s advice and you will see that swiping left and right allows you to adjust filters just like in Snapchat.

Press the new ‘magic wand’ button in the lower right and suddenly you can apply text and stickers on top of your photos. We have decided to a picture in both Snapchat and Facebook for comparison. You can determine whether or not the Facebook update looks like a real improvement or a Snapchat ripoff.

To grab the latest version of Facebook for your mobile device, head to either the Google Play Store or Apple App Store (dependent upon your device) and select the ‘update’ option.

Wedding Photographer Slips, Snaps Shot on the Way Down