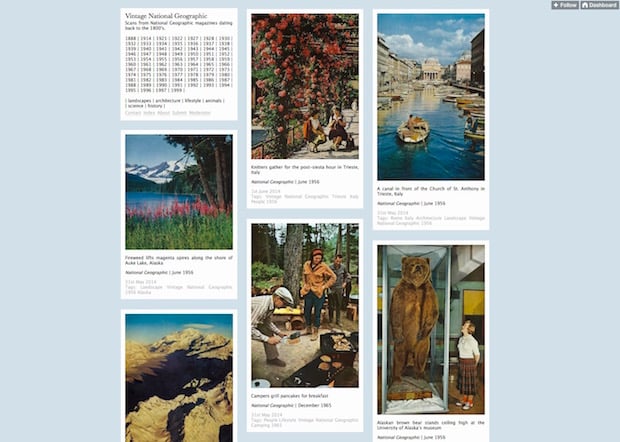 We all know what those stacks of iconic yellow-bordered magazines are when we see them lying around your local doctor or dentist’s office. They’re National Geographic Magazines, and inside of these magazines are hundreds upon hundreds of wonderful photographs that may never be seen by the next generation.

It’s a sad state of affairs, but one that Tumblr blog Vintage National Geographic is trying to remedy by sharing hundreds of scans of old Nat Geo photos you probably forgot existed.

Operated by the unnamed curator pictured here (who seems to have no official affiliation with National Geographic) this Tumblr’s dedicated purpose is to scan and share photographs from decades old National Geographic magazines with the Internet generation. 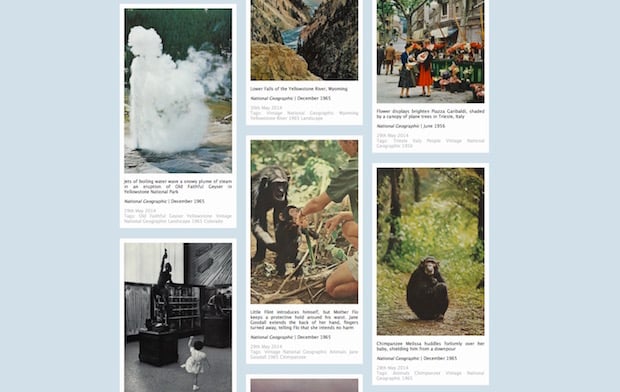 The scans feature images dating back as far as 1914, each captioned, organized by year published and split into one of six categories.

As you’ve probably already realized, given this blog isn’t affiliated directly with Nat Geo, the copyright situation is at the very least ‘iffy.’ A proper caption and date are added to each photograph, already making the archive more reliable than the infamous @historyinpics Twitter, but it’s quite blatantly missing the information of any photographer; something National Geographic and the photo world as a whole probably won’t take kindly to.

While it’s up though, it’s definitely worth it to head on over and take a look at the collection.