A couple of days ago, National Geographic released this fascinating look inside the magazine’s vintage photo archive and introduced us to the dedicated man who runs the whole thing, Bill Bonner.

Titled simply ‘The Archivist,’ the video follows in the footsteps of a previous feature the magazine put together on mechanical engineer Walter Boggs, the guy who builds whatever the photographers need — be that a special camera rig or a life-size hippo ‘enclosure.’

Bonner’s job isn’t as flashy as Boggs’, but it is just as interesting. The man in the video is responsible for about eight million vintage photographs, all of which he has personally held (yes, every single one).

From the National Geographic PROOF blog:

Bill works alone, in a cold windowless room in the basement of National Geographic’s headquarters in Washington. But even though he spends the days mostly by himself, he says he is kept company by the millions of people immortalized in the photographs. To him, they are his ancestors, and he treats each photo like it is the greatest treasure in the world. 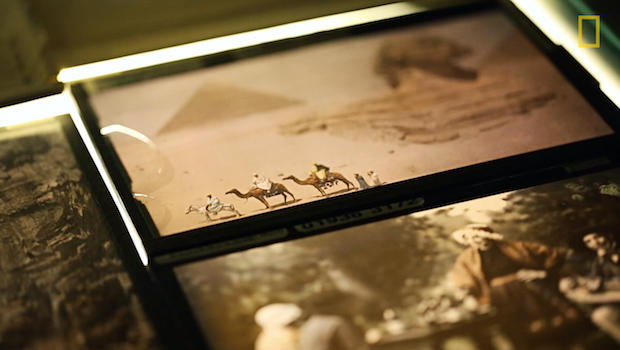 You’ll often find Bonner doing exactly what you see him doing in the video: putting on his white gloves and browsing through an archive that he knows like the back of his glove-covered hands. In fact, according to Nat Geo, he can name you the photographer, location, assignment it was taken on and what was happening in any photograph in that archive… even if he hasn’t seen it in years.

To find out more about ‘The Archivist,’ check out the video at the top and be sure to head over to the Nat Geo PROOF blog to read the full written profile.

Crunching the Numbers on the World Press Photo Photographers’ Gear