Photography’s value to society goes far beyond aesthetics, it has become a vital tool in laboratories across the world. One recent example is the fairly new Embryoscope, a technology that is being used to help dramatically improve In Vitro Fertilization through time-lapse photography.

In Vitro Fertilization is the process of fertilizing an egg with sperm in the confines of a petri dish. Commonly referred to as “test tube babies,” the resulting embryos are monitored for a number of days before determining the best suited embryo for the potential parents. It’s that monitoring that is being revolutionized by using time-lapse. 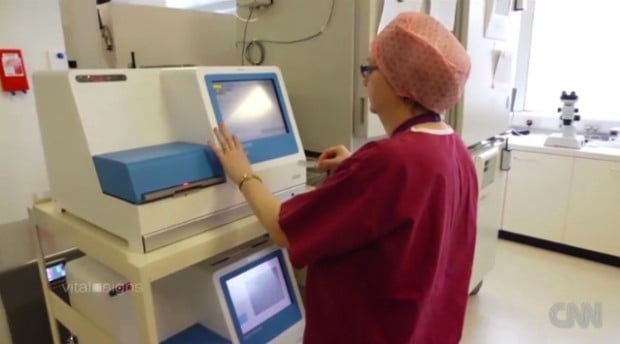 One of the largest risks involved in monitoring the development of the embryos has been the need to remove them from the incubators they’re held in. Even the slightest change in temperature or exposure to pathogens in the air can dramatically affect their growth.

But with the help of the time-lapse photography setup, technicians are now better able to see the development of the embryos, all without ever removing them from the confines of their artificial womb.

The Embryoscope snaps an image of the developing embryo every ten to fifteen minutes, and the result is a scientifically invaluable time-lapse that technicians can review without ever needing to expose the embryo to the outside world. Dr. Simon Fishel, a managing director of the UK’s CARE Fertility, called this technique “the most exciting breakthrough since IVF started” in a recent dialogue with CNN. Fishel was directly responsible for the first IVF baby back in 1978, as well as the first Embryoscope baby born in 2012.

“The information that we are gathering with the Embryoscope with the time-lapse is far superior,” he continues. “We have much, much more information on which to base the crucial decision as to which embryo is the one to transfer back to the patient.”

The resulting numbers are far from conclusive, but CARE Fertility reports that the use of Embryoscopes and accompanying algorithms increases the chance of successful pregnancy by 20%. And when the average price of an in vitro fertilization (IVF) cycle in the U.S. is estimated to be $12,400 (according to The American Society of Reproductive Medicine), 20% is huge. 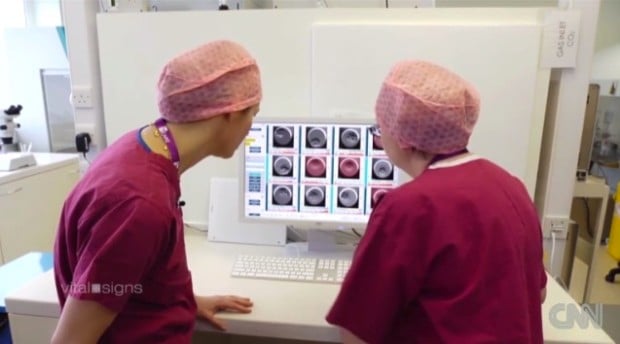 The Embryoscope offers other insights as well. Most notably, it’s given researchers a better look into the development of the male and female sexes in their embryonic stages, information that may allow scientists to better determine the sex of the baby before any physical features have developed.

And while it’s not without its tradeoffs — its use is a bit cost prohibitive in and of itself, and the increased amount of data means much more time is spent analyzing it — as with any technology, it’s a start. Even if it increases odds by a small percentage, that translates into a handful of couples who will now be extremely thankful parents.