Author note: The below video contains some NSFW language

This woman’s selfie game is on fire… literally. While out with friends, the young lady in the video was anxious to get herself into the frame of an arm’s-length video when she leaned a bit too far and got more than she bargained for.

Lit by what seems to be a fairly small tea candle, the woman’s hair was on fire for 2–3 seconds before she realized her red hair had taken on a bit ‘warmer’ of a tone in the most interesting of ways — or unfortunate of ways, if you’re a glass half empty type of person. 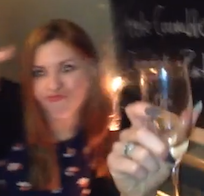 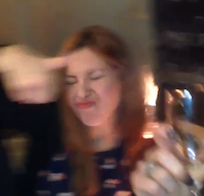 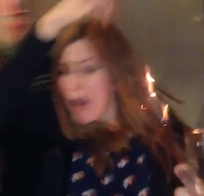 To her credit, she seemed to handle the situation fairly well, despite throwing in a few choice words that, if we’re being honest, all of us would have probably used. And before you criticize the portrait orientation of the video, remember that this video likely would not have captured this situation in all of its glory had it been filmed in landscape.