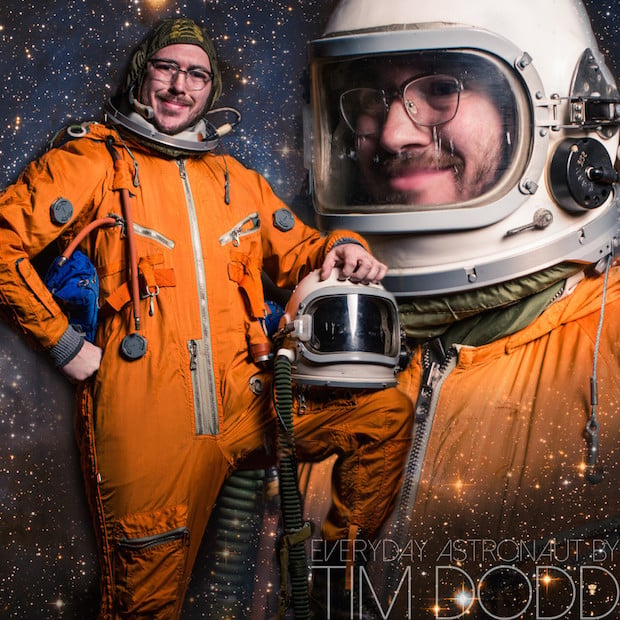 Say you’re a space enthusiast; and say you find yourself bidding on an old Russian high altitude spacesuit; and then, say you win that auction. What would you, as a skilled photographer with a brand new, awesome prop on hand, do with it?

We can’t speak for you, but we can show you what photographer Tim Dodd did, and it’s just plain fun.

Dodd got his high altitude Russian spacesuit back in November of 2013 when he found himself as the sole bidder for the item on the auction site RRauction.

“Since then, I’d been scheming how to best use the suit,” he writes on his blog. “I have been revisiting my childhood love for space and my obsession was growing stronger and stronger. It was only natural to use this suit to project the inner child in me, still dreaming about space.”

And that’s exactly what he did, creating a series called “A day in the life of Everyday Astronaut,” the first installment of which was released earlier this week:

The photos are wickedly clever, and made all the more funny by the captions that Dodd wrote himself. The photo of Dodd on the playground spaceship, for example, is even better when it’s captioned by this sad, Earthbound astronaut who laments that “it just isn’t the same.”

And the best part? The series isn’t over. You can keep up with this astronaut’s ongoing day-to-day adventures by either following Dodd on Instagram, or heading over to his blog.

Image credits: Photographs by Tim Dodd and used with permission

One Year Later, Poynter Tracked Down the Photojournalists Laid Off by the Sun-Times

Sigma Could Be Busy at Photokina, with 4 Potential Lenses on the Way