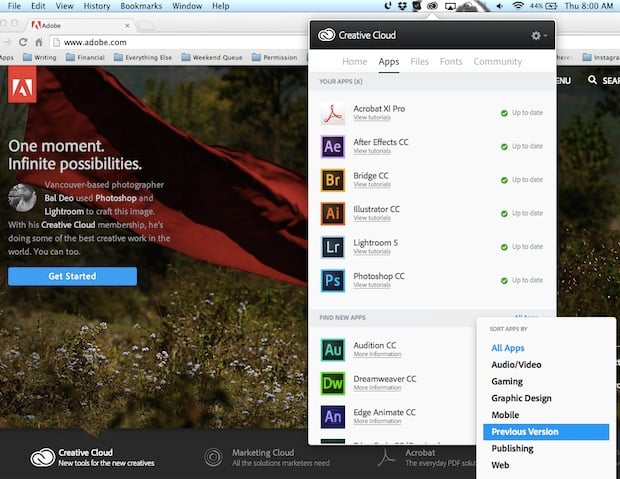 In addition to introducing a few speed enhancements and fixing a few bugs — you know, typical update stuff — the most recent Creative Cloud update, version 1.6.0.393, brings one exciting and unexpected feature: you can now install and run previous versions of Adobe programs alongside the latest and greatest.

The update, once installed, adds a new option under the Apps tab on your Creative Cloud manager that allows you to sort apps by “Previous Version” and select an older CS of any given app to install. 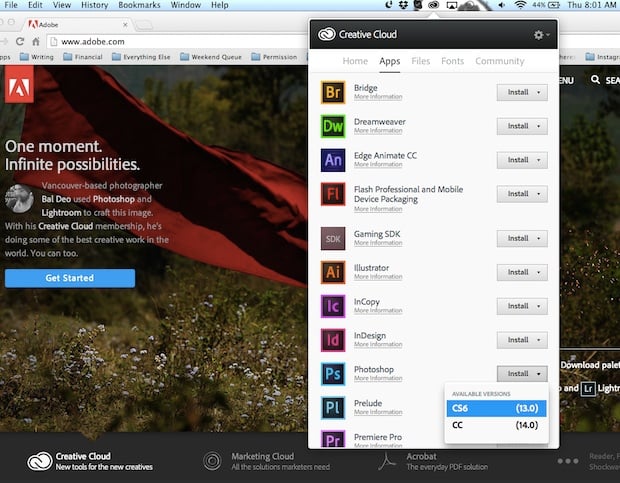 For now, as you can see from the screenshot above, it only goes back one generation. But lovers or CS6 who have some gripe or another with the Creative Cloud version of any given app will now be able to use the proper tool for the task without sacrificing anything. Besides, we can imagine Adobe expanding this feature further given enough positive feedback.

Other improvements found in this update include improved performance when syncing a large number of files, font sync enhancements and bug fixes, and a ‘redesigned Sign In experience’ that looks a whole lot like the old experience.

To learn more about this update, head over to Adobe’s website here, or run your Creative Cloud updates and give it whirl yourself.

Photo of the Massive Wildfire in Alaska, As Seen from Space