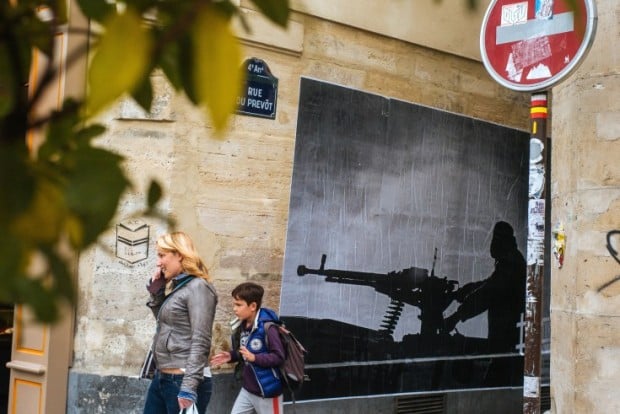 What do you do when the usual outlets for photographic media choose not to show images you risked your life to capture? What is the next best way to make sure the world sees what is really happening?

It’s these questions that led French photojournalist Pierre Terdjman and his buddies to create something called Dysturb, a project that plasters ignored, hard-hitting and hard-to-swallow photojournalism all over the streets of Paris.

Terdjman explained the struggle that led to the creation of Dysturb in a recent interview with TIME:

Each time I finish a story, it’s the same struggle to get my images published. Magazines are rarely interested in showing what’s happening in Egypt, in Georgia, in Afghanistan. Sometimes they’ll publish one or two images, but that’s it. So, everything started from a very selfish idea. I wanted to show my photographs. I wanted to inform people, show them what I’d seen. And so, after returning home from a trip to Central African Republic, 34-year-old Terdjman reached out to a few friends and pitched them the idea.

They obliged, and armed with billboard-sized prints of photographs he had captured, a collection of brushes and a bucket of wheatpaste, the group started posting his work all over the streets of Paris.

This guerrilla publishing approach earned Terdjman a surprising amount of praise, so he decided to reach out to some co-workers of his, including Benjamin Girette. Together, they founded Dysturb. 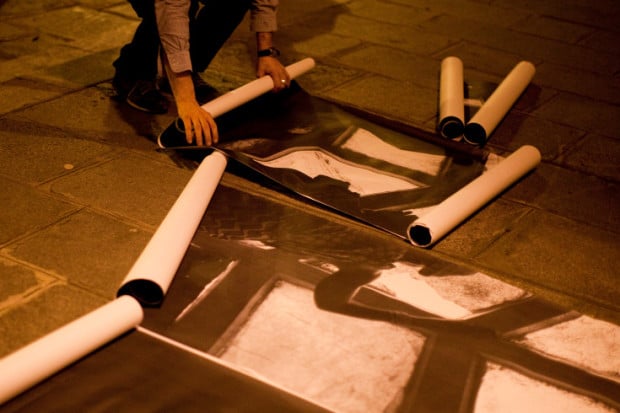 A different approach to exposing images that would otherwise be invisible to the masses, Dysturb goes beyond Terdjman’s solo project and invites all photojournalists to print and paste their unseen images across the walls of Paris.

“The goal is to raise awareness about what’s actually going on in the world,” Terdjman tells TIME, commenting on the possible destruction caused by these wheatpasted images. “We’re not looking to make a name or to degrade a city’s public spaces. It’s really about telling the story of what’s happening in CAR, in Egypt, in Ukraine.” 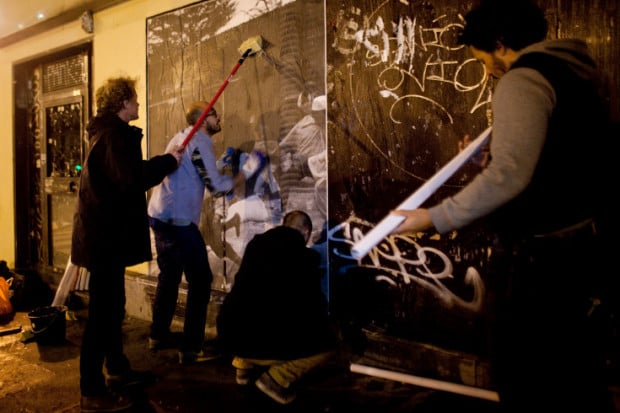 Terdjman doesn’t claim to have invented or discovered this style of media distribution. He admits that such guerrilla advertising has been around for ages, and has even been done by other photographers.

The purpose of Dysturb is to continue the movement, and encourage photographers to take less conventional routes of getting their images published… to take measures into their own hands. But, of course, there are downsides too. This approach doesn’t come cheap. Given that each print costs approximately $40 and the entire effort is supported by volunteered time, the Dysturb movement is leaching more money than it’s bringing in.

To help further their endeavors, the Dysturb team will soon expand their efforts to other cities across Europe, eventually skipping the pond and making their way to New York City and San Francisco, where they’re hoping more international recognition will allow them to crowd fund future operations. However, for now, funds come out of their pocket and effort comes out of their free time. Their small operation still lacks the proper online resources, but as they told TIME, they’re working on a new website that, “will have a map of the different locations where we put up our work. On that map, you’ll find the name of the photographer, the caption, but also a link to the full edit of images. We want to create a link between the image, the photographer and the story.”

Not only will growth in operations help get more images seen and more resources raised to carry on the efforts, but as their global audience and connectivity continues to grow, Dysturb will more easily be able to react to current events.

Rather than days or weeks between events and the pasting of photos, they will be able to distribute and post the photos across the globe the day after events take place. 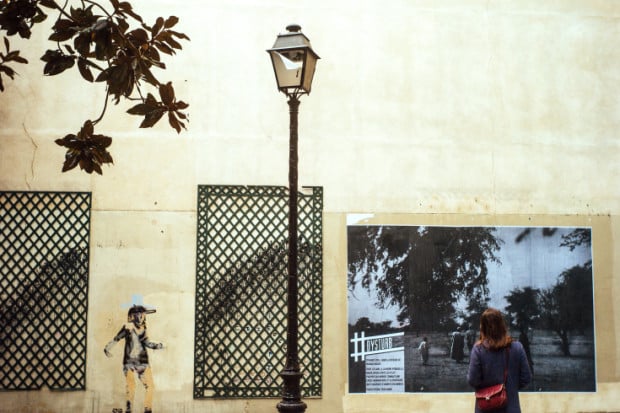 “We want people to wake up to the news,” says Girette. “We want to spark a debate.”

And that is exactly what they did, albeit for the most gut-wrenching of reasons, when their colleague Camille Lepage was killed in Central Africa Republic two weeks ago.

Upon hearing the tragic news, the Dysturb team solemnly met in a local bar and set out a plan to make sure that over the coming days, weeks and months, her images will be seen the world over.

10 Best Cities for Working Photographers in the US