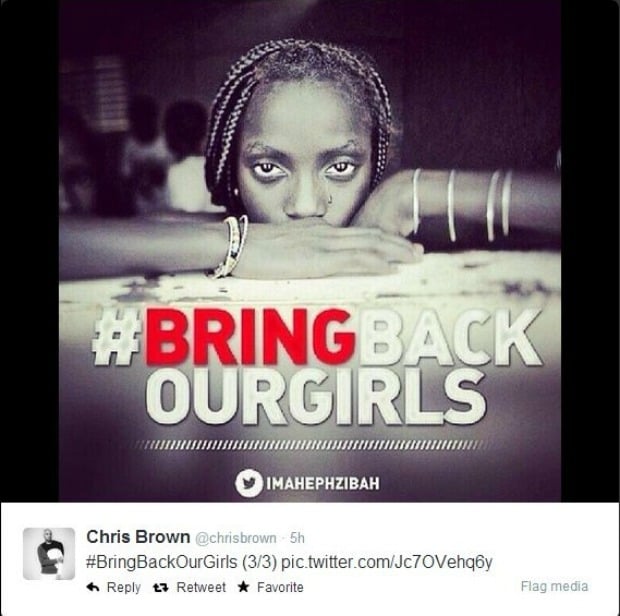 Photographer and filmmaker Ami Vitale has been to Guinea-Bissau three times — in 1993, 2000 and 2011 — for the Alexia Foundation, bringing back powerful photographs that show a different, more hopeful side of Africa.

And yet, somehow, three of those images have this week become the viral face of a Twitter campaign meant to raise awareness about a group of Nigerian girls who were kidnapped from their school by a terrorist organization called Boko Haram in mid-April.

Vitale spoke with the NY Times Lens Blog on Thursday about this blatant misappropriation and misrepresentation, explaining why it hurt her to see her images used in this manner:

There are many times when I get upset when people take my photos without permission, but this isn’t about that… This is about misrepresentation.

These photos have nothing to do with those girls who were kidnapped. These girls are from Guinea-Bissau, and the story I did was about something completely different. They have nothing to do with the terrible kidnappings. Can you imagine having your daughter’s image spread throughout the world as the face of sexual trafficking? These girls have never been abducted, never been sexually trafficked.

She goes on to elaborate further, making a powerful argument for a photojournalist’s responsibility to his or her subjects. “We are responsible as photographers and journalists when we make promises to do justice to their stories,” she explains, which is why she has done everything she can to have the image taken off of Twitter by everyone from the BBC to musician Chris Brown, both of whom shared it with their massive audiences.

To read her full interview, head over to the NY Times Lens Blog. You can also find out more about the #BringBackOurGirls movement by clicking here, or show your support on Twitter by using the hashtag in a tweet of your own.