Be careful who you let photograph you on the job… you might get suspended. That’s what happened to a woman named Debbie Heald who, last week, was put on “administrative suspension” after a photographer from the local Guardian newspaper snapped her photo for an article.

Taken by Brian McInnis, the photograph in question shows Heald presumably taking the parking ticket for the Queen Elizabeth Hospital in Charlottetown, Prince Edward Island, Canada where she is currently working, albeit technically employed by an outside contractor.

The image seems harmless enough, but when it appeared in the April 24th edition of the newspaper, Heald was notified that she would be suspended without pay until an investigation could be completed.

The reasoning? According to Peter Kramers, the CEO of the contracting security company Heald is employed for, “[her suspension was] related to hospital and corporate policies about contact with the media.” Beyond that, Kramers said he was not able to speak further on the situation. 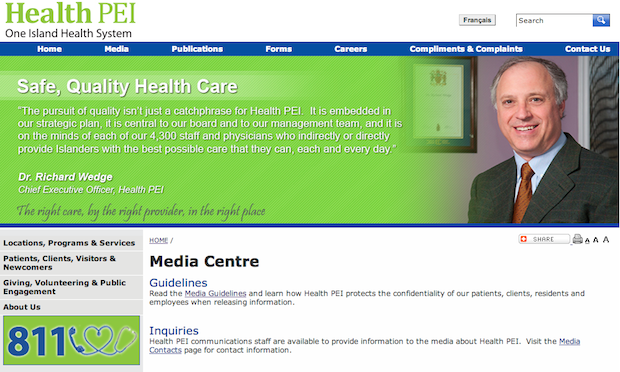 The good news is that Heald has since had her job reinstated and will be paid for the shifts that she missed during the suspension, but even then, she will be given a verbal reprimand, presumably because she allowed McInnis to take her photo and didn’t direct him instead to the hospital’s media contact.

Both Heald and her husband were dumbfounded upon finding out about the suspension, and maintain even now that they don’t believe she was ever in the wrong, and that the situation could have and should have been handled much better than it was.

Who do you think was in the wrong? Heald for not complying with hospital policy? McInnis for not going through the proper channels to get permission? Or the hospital and the outside contractor for handling the situation the way they did? Let us know in the comments.