“This crap is why I can’t make a timelapse landscape of Chicago.” That’s the title of a video and Reddit post by Chicago-based photographer Benn Jordan that shows the scary situation he found himself in recently while trying to capture a time-lapse of South Chicago.

This isn’t the first time that Jordan has had issues while trying to capture “the landscapes of South Chicago,” but as he puts it in the video’s description, this altercation “takes the cake.” Here’s how he describes the incident:

Security guards who refused to identify themselves [turns out they work for Acme Refining (website and Twitter)], claimed the sidewalk area between their property and the street was private property, damaged my gear, and formatted my memory cards containing the previous 2 days of work without my permission. I wish I could get to my phone sooner when they initially approached me, as I definitely have grounds for assault.

They then lied to the police and claimed I was on the other side of their fence, refusing to leave, and tried to have me arrested for criminal trespassing. Upon showing the police the 20+ minutes of video I have of the incident, they told me I would have to take it up with civil court. 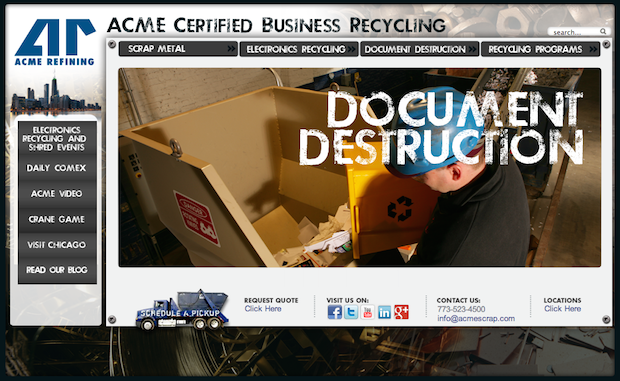 There are, of course, two sides to every story, and so we have reached out to Acme Refining for comment to see if they can offer any official explanation or excuse for how these guards behaved. We will update this post as soon as/if we hear back.

In the meantime, check out the video at the top to see the altercation for yourself, and remember to be careful when you’re out shooting. You never know who you might run into and it is always a good idea to try and get permission from a company (even if you’re just shooting their factory from the sidewalk) than take your chances.