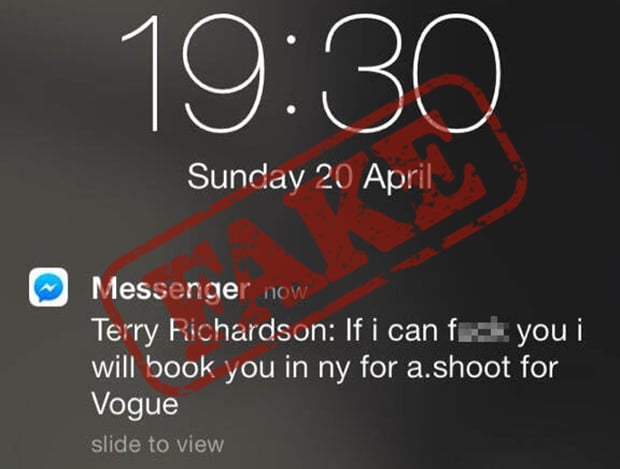 Last week, Terry Richardson found himself at the center of yet another controversy when model Emma Appleton tweeted a screenshot that showed a crude message allegedly from Richardson himself. Whoever sent that message offered to exchange a Vogue shoot for sex, but it turns out that person wasn’t Terry Richardson.

Revealed first by ‘forensic expert’ Theo Yedinsky, who Richardson hired to clear his name, Yedinsky’s findings have been confirmed by Facebook: the person who sent that message was not Terry Richardson, and that account has been taken down. 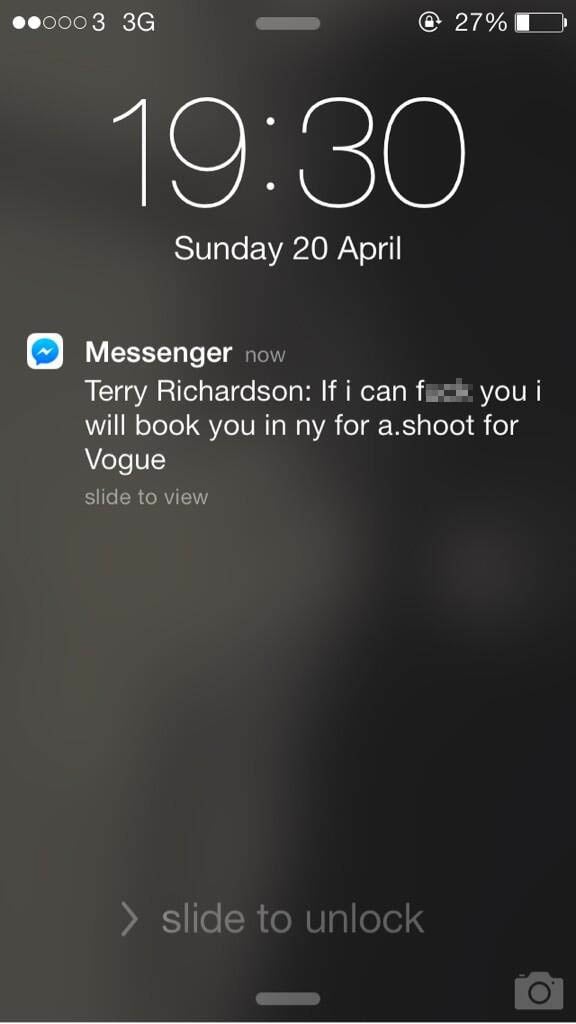 This development isn’t likely to change most people’s opinion about Richardson overall, but it certainly does clear his name in this instance.

That being said, the damage to his reputation is already done. As we reported in the original article, the Communications Director for Vogue US told BuzzFeed that the publication hadn’t worked with Richardson since 2010, and had “no plans to work with him in the future.”