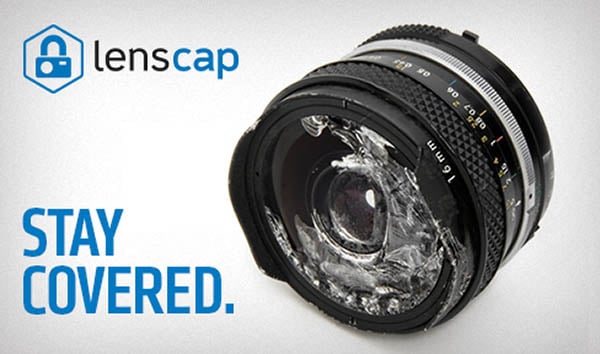 Looking to improve their service and entice more people to rent instead of buy, LensRentals has released a new damage waiver program to help take liability off of you, the customer, in the event your rented gear gets damaged.

Cleverly called Lenscap and Lenscap+, these two optional add-ons are protection plans that limit “your liability to the lesser of the cost to repair the equipment or 10% of the replacement cost,” as stated in the LensRental announcement post.

As you can see from the handy infographic below, the standard Lenscap plan protects you from the most standard of accidents, such as drops and spills, while the Lenscap+ plan protects you against a great deal more. It is most definitely worth noting though that both plans cover you in the case a bear gets a hold of your rented gear… something I know we all constantly worry about. 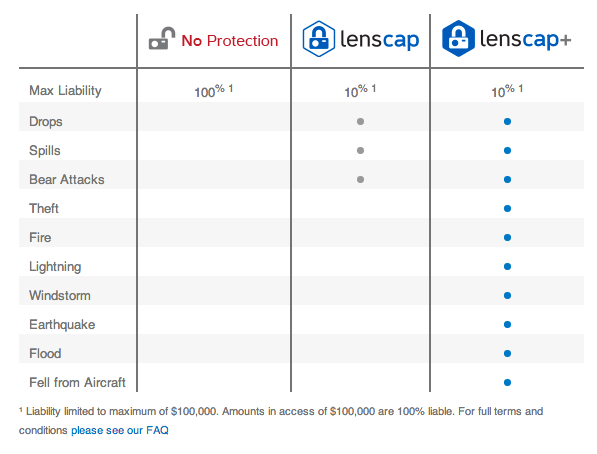 From looking around at multiple resources, I’m yet to find any definitive pricing, but by adding things to my cart and playing around with various setups I was able to deduce that plans average approximately 15% and 25% of the rental cost per piece of gear for the Lenscap and Lenscap+ plans, respectively.

This is good news all around for those renting gear, as it eliminates much of the worry that comes along with using gear that isn’t yours. It’ll be interesting to see if other rental sites follow suit.

The 2014 Boston Marathon: A Year of Healing