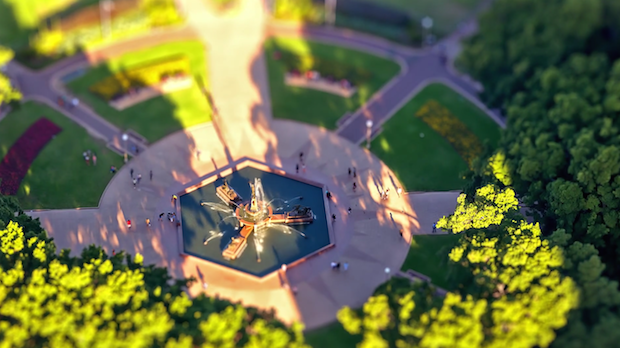 Rivetti also makes note of the locations shown in the video for those wanting to check out any of these particular vantage points the next time you’re shooting in Australia. He specifically notes Bondi Beach, Sydney Tower Eye, Pylon Lookout and Dudley Page Reserve in the video’s description.

We’ve all seen plenty of time-lapses, and even tilt-shift time-lapses, but between the clever text integration at the beginning and unique perspective morphing from one scene to the next, this one stands out from the crowd. Give the short video a watch… we don’t think you’ll be disappointed.