The Birth of a Pond video above was shot by photographer James Breen over a three week period as he watched a construction crew create a pond from scratch in the Fall of 2009. To be fair, he didn’t catch the entire “birthing” process, the final scene was captured a year after the pond was completed (allowing it enough time to fill naturally) but the video is still quite mesmerizing to watch. 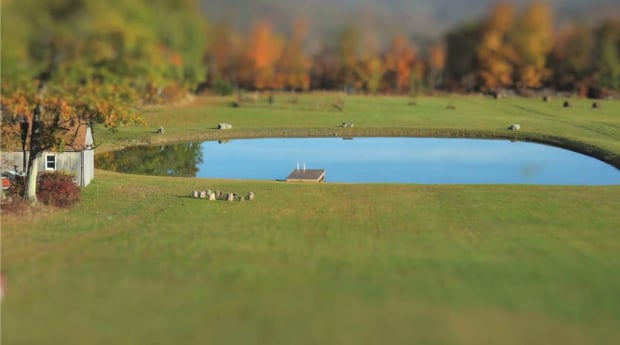 Gear-wise, Breen used his Canon 40D and Nikon P50, with the Canon doing most of the heavy lifting. As far as shutter speed, he chose to shoot the entire time-lapse in AV mode, since he wasn’t going to be present for much of the shooting.

The topsoil removal shots at the beginning were taken at 90 second intervals (because that process moves so quickly), after which Breen switched over to 5 minute intervals for the remainder of the shoot. A tilt-shift filter was later applied in post.

Three weeks of work, a few rain delays, and a few months worth of necessary rain to actually fill the pond later, and voila, we have the final product.