In the age of smartphones whose cameras are getting better with each passing day, we tend to snap more photographs now than ever before. But have you ever wondered, looking back at your photos, what they say about you as an individuals?

Well, award-winning filmmaker, time-lapse photographer and incredible TED Talk presenter Louie Schwartzberg has, and in the short clip above, he shares his thoughts on it with Oprah. 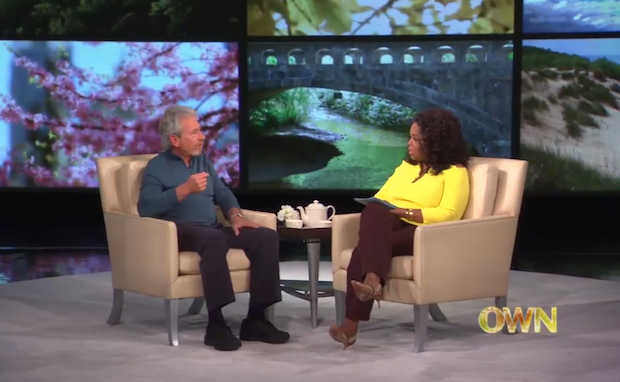 He goes on to explain that we can use these old photographs to take a look into our very souls by comparing how we felt when we captured the original photo to how we feel about the photo and its subject(s) now. That photo becomes a measuring stick of sorts to chart our growth and see how we’ve developed over time.

It sounds rather romanticized for such a small segment of video, but it’s a powerful little message that might just help you pick up on things that have become less relevant or significant to you overtime — a little glimpse into, not only who you were then, but who you are now.

It’s Official: The First Instagram From Space Has Been Posted