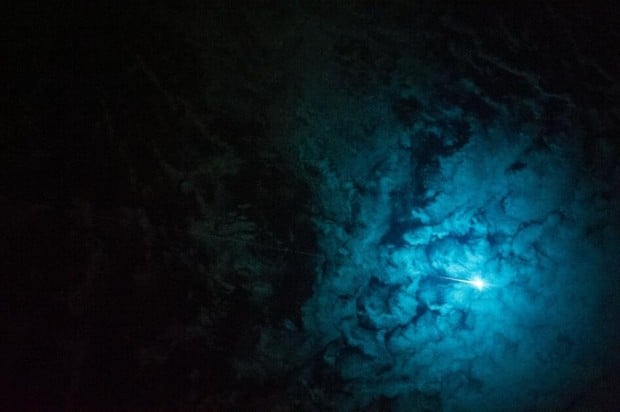 This gorgeous photo, taken from the International Space Station, looks a bit like a meteor straight out of Armageddon headed right for a major city. Fortunately that’s not the case, although you are indeed looking at a large, flaming object careening through the atmosphere and lighting up the clouds as it disintegrated during re-entry.

Originally released in September of 2013, the photo was taken by a stationary camera onboard the ISS and shows the Japanese HTV-4 cargo spacecraft burning up on re-entry as planned. The spacecraft had brought up supplies for the astronauts aboard the ISS, and after spending a month locked on to the orbiting station, it was time to let it go and… well… watch it burn.

You can download the full res file for yourself or learn more about the picture by clicking here.