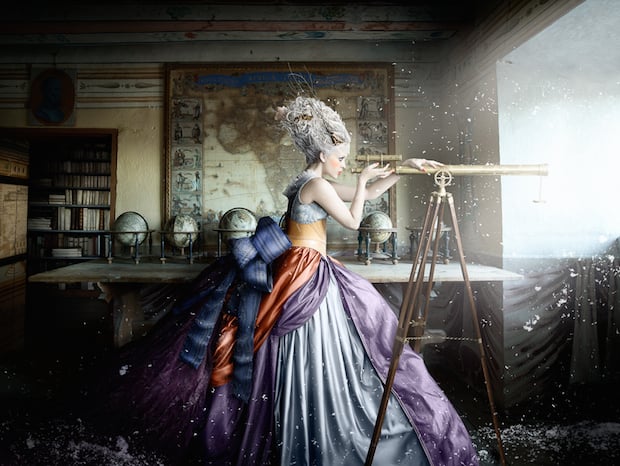 Photographer Alexia Sinclair recently completed one of the most beautiful and challenging photo shoots we’ve ever run across. The resulting collection, A Frozen Tale, is both a magical visual journey and a testament to the iron will and determination of one of the world’s premier fine art photographers.

It takes a special kind of portfolio to earn you an email from the Royal Palace in Stockholm and the keys to a frozen castle left untouched since the 17th century, but that’s the kind of portfolio Sinclair has.

The Palace got in touch with Sinclair for permission to use one of her photographs in an exhibition about the life of Queen Christina of Sweden. Here’s how that email turned into an all-access-pass to a frozen wonderland:

It was a very exiting invitation and of course, we planned to travel to Sweden to attend the opening of this exhibition at the Royal Palace along with Swedish princesses and aristocracy. What a fairy tale!

When I asked if I could photograph one of the princesses, they said no… but we can give you a castle to do a photo-shoot in! This is where my latest exciting series “A Frozen Tale” began its journey. 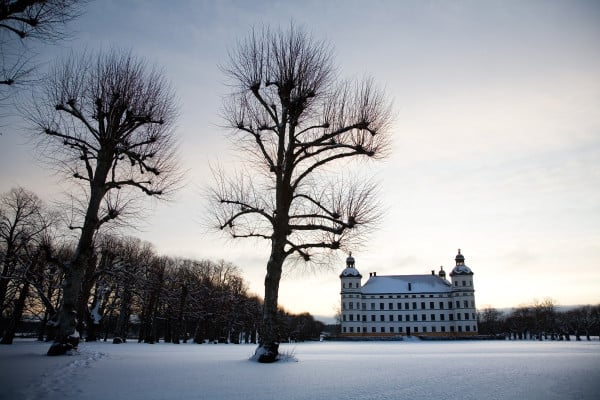 We don’t know about you, but that’s probably the best “no, but” we’ve ever heard of. Thus began months of research and preparation that culminated with a 3-months-pregnant Sinclair and some 40 cast and crew arriving at Skokloster Castle — a building in better condition than any 350-year-old piece of architecture has the right to be.

The challenges were many: Sinclair’s morning sickness, zero-degree temperatures, no heating and no power just to name a few. And yet, none of that could stop her from capturing what turned out to be some spectacular images.

Here’s a behind the scenes video that shows how the ‘hero’ image came together — Note: This is one of only a few shots in the series that wasn’t captured on-location because the spot didn’t catch Sinclair’s eye until they were packing up to go.

All of the images you see below were shot with a PhaseOne 645D with an IQ180 back through a PhaseOne 28mm Lens, Schneider 55mm Lens and Schneider 80mm Lens. For her, medium format was the only way to go.

“There’s detail and then there’s mind blowing intricate detail,” she tells Profoto. “The later is what excites me as an image maker. I love the ability to weave layers of subtle symbolism into an image and then watch the penny drop. You can only create that imagery with the dynamic range and resolution of a phase.”

But enough about the technical aspects, take a look at some of the spectacular imagery she captured: 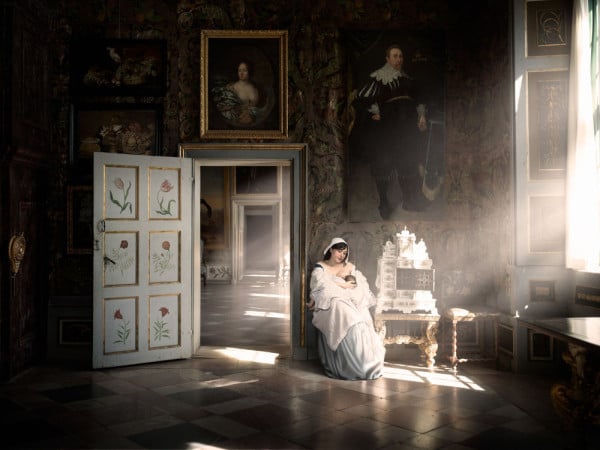 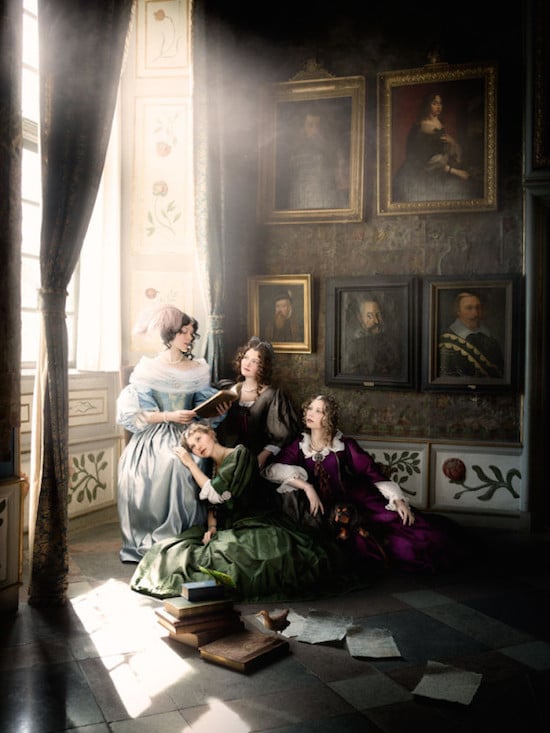 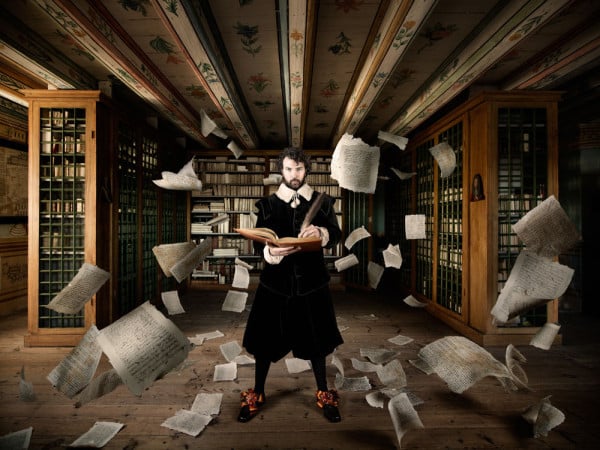 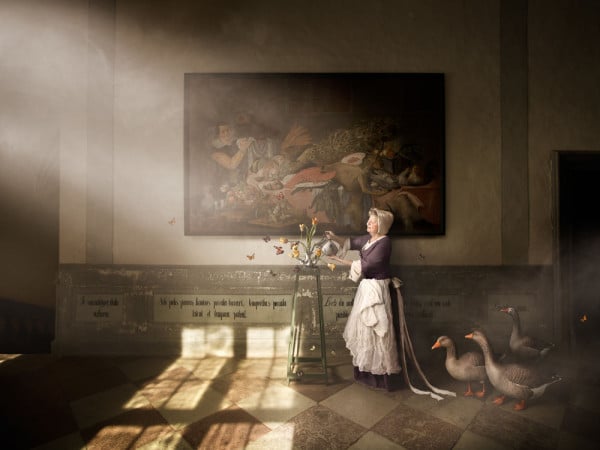 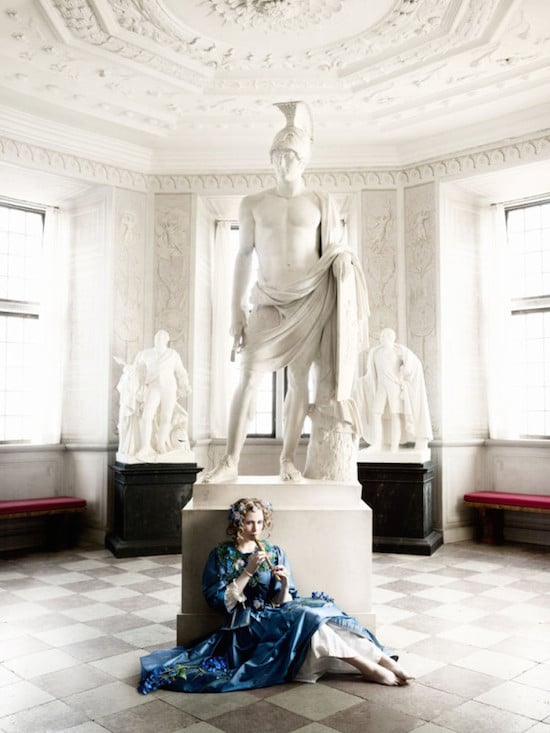 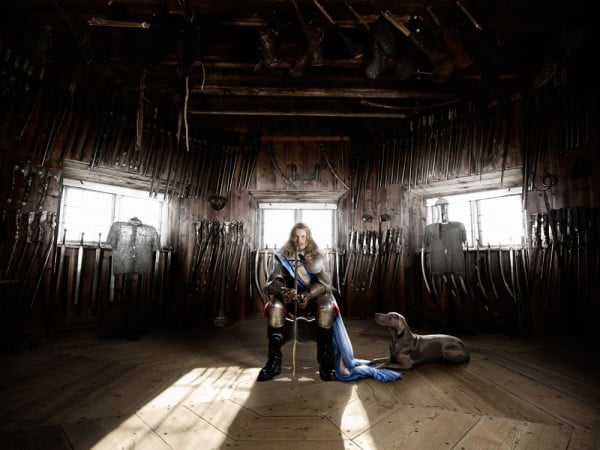 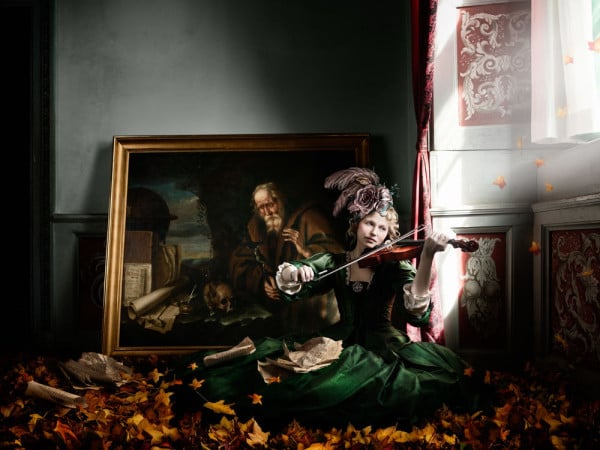 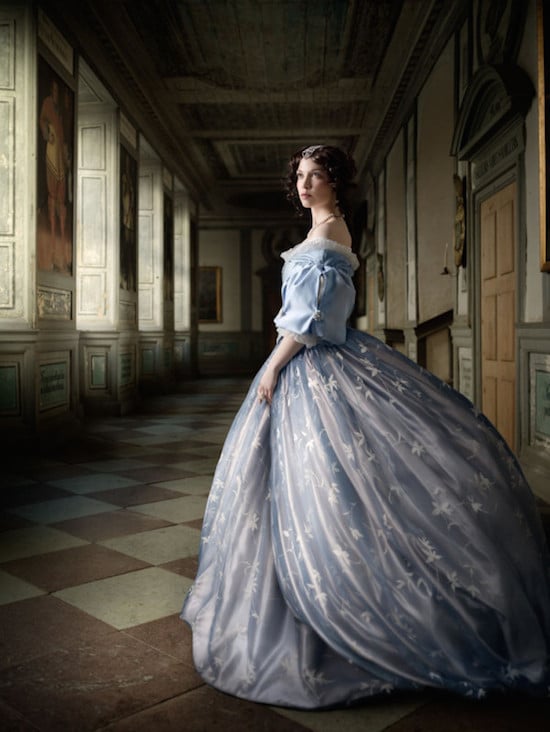 Looking at these, and the rest of Sinclair’s portfolio for that matter, you realize that post-processing is very important to her work. Speaking with a small NZ magazine, she says that “Post-production is a place where your only limitations are time, skill or imagination.”

And yet, she went out to a frozen castle with models and shot most of these photographs on-location. Why? Because, she says, reality trumps Photoshop every time.

“I don’t believe anything you do in Photoshop can ever look as real as something you actually light and photograph in real life,” she said in her interview with Profoto. “Anything I can shoot in camera I do. The things I do add are the things I believe I can’t capture in real life. It might be something that only exists in my imagination, or it might simply be a goose I’m not allowed to bring indoors.”

To see the full series or browse through some of Alexia’s other spectacular work, head over to her website by clicking here. You can also purchase a 24″ x 30″ hand signed & sealed print of the featured image at the top for only $300 here.

Image credits: Photographs by Alexia Sinclair and used with permission