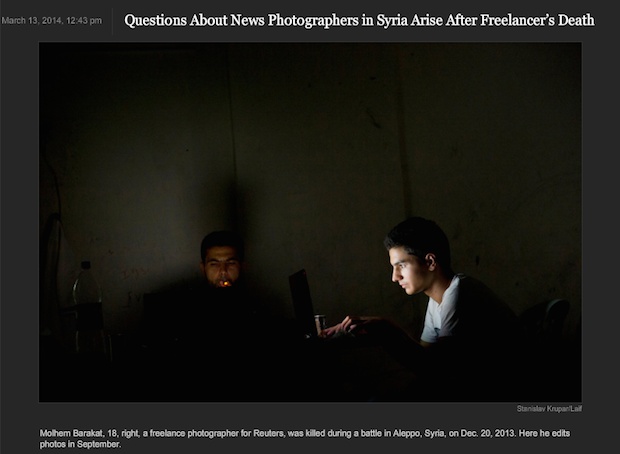 The article in question, which we linked to earlier in the week, offered in-depth commentary on the well-known case of Molhem Barakat, the very young Reuters freelancer who died in Syria. But this wasn’t just another retelling of the story, the article was something of an exposé that accused Reuters of certain shady journalistic practices.

The first point Reuters does not deny. In fact, Reuters global editor Jim Gaines is quoted as saying that the agency uses activists “partly because they have access and partly because you have to be among friends to be safe,” admitting that it is not “‘general practice’ [to] inform subscribers that activists took the photos.” 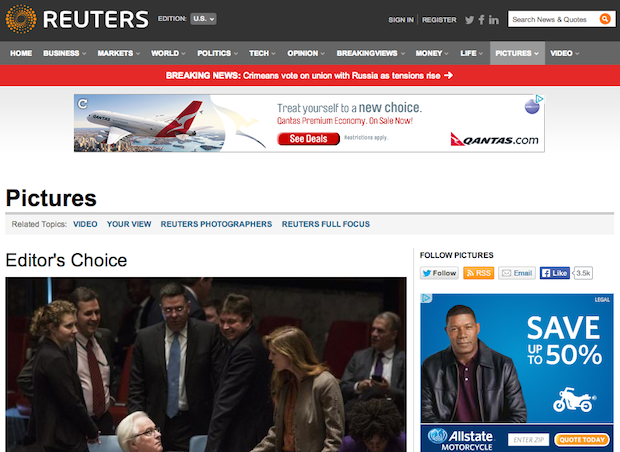 What they do take serious issue with is the accusation that photos were staged and/or improperly credited. In a statement sent to us by a Reuters spokesperson, Reuters Global Head of Communications Barb Burg writes:

Reuters has made it clear to The Times during their three months of reporting that their allegations were false, and we refuted in detail any specific examples of alleged wrongdoing that that they provided us.

Except for anonymous allegations backed by no specific examples, the story provides no evidence that Reuters photographers have staged photos in Syria or anywhere else. We looked into the matter carefully and found no such instances. Staging photos is a firing offense, and Reuters would take appropriate action if we became aware of any instances of staging.

You can read the full NY Times Lens Blog post by clicking here. And once you do, let us know what you think of the back and forth by dropping a line in the comments.

You Hate My Job: A BTS Look at The Life and Routine of a Paparazzi Photographer

Google Significantly Reduces Google Drive Prices, Tempts You to Jump Into the Cloud