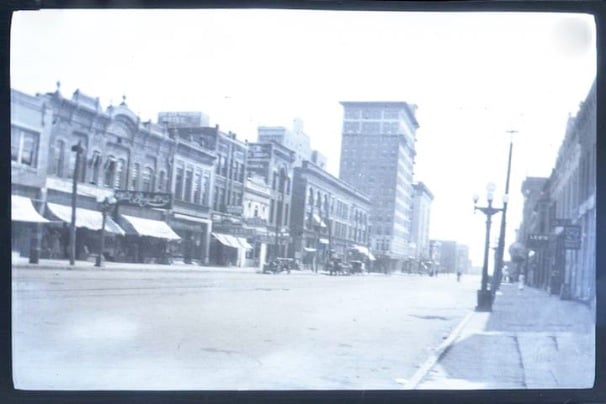 Almost a year to date after the digging up and opening of Oklahoma City’s Century Chest, researchers are getting a rare glimpse at early 20th century Oklahoma City thanks to the help of a Kodak Vest Pocket Camera and eight negatives found in “pristine condition” buried inside the time capsule.

Buried on April 18th, 1913, the chest was carefully packed with a plethora of items you would expect to find in early 20th century Oklahoma City, from newspapers to children’s toys. Arguably the most exciting included item that was found inside was the extremely popular $6 (around $140 in today’s money) Vest Pocket Camera that Kodak released to the public just a year before the capsule was sealed and buried.

Here’s some footage of the chest being opened, and the contents found inside, put together by NewsOK:

Coming in at about the size of an iPhone, the portability of the camera and its use of 127 film made it an attractive offering for those wanting to document life on the go without having to lug around a large piece of equipment.

Found in mint condition and used only once for the taking of the photographs inside, the Vest Pocket Camera was wrapped inside a Westfall Drugstore bag (the store at where it had been purchased just hours before being buried) and contained eight already developed photographs of downtown Oklahoma City from that day.

Included in these images are parts of Oklahoma City that have since been either completely torn down or built over, making these images some of the earliest glimpses into Oklahoma City’s downtown, and a true historical treasure.

To take a hundred-year step back in time, you can check out a full gallery of the images over on The Oklahoman.