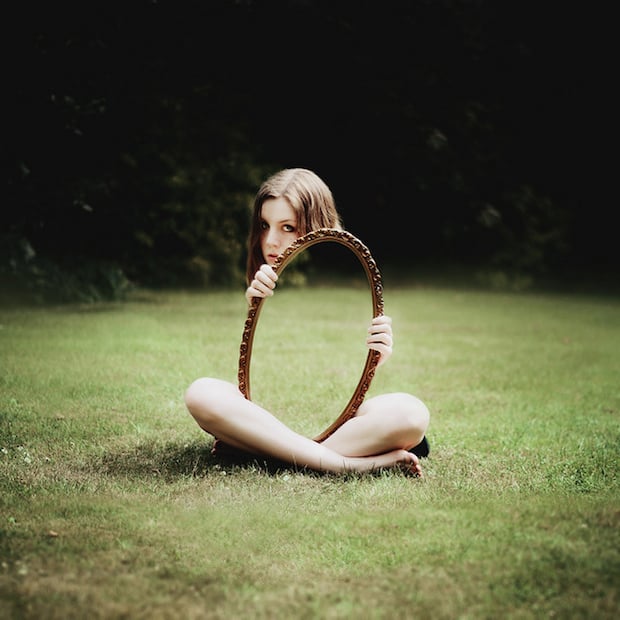 Surreal self-portraits from young photographers are nothing new. In fact, one could say there are almost too many of them out there. But that makes it that much more impressive when a young photog breaks out of the pack and catches the attention of the masses.

The main viral image, the one that reached the front page of Reddit and earned her Flickr stream hundreds of thousands of views, was the one you see above. Using a mirror that she found in her aunt’s house, she created the illusion that her torso had disappeared entirely.

The photo also earned her her own “Flickr Moment” in which she explains how she shot this photo, where she draws her inspiration and why she loves this kind of surreal work:

Williams explains that the shoot itself was quite challenging because she was alone and had to keep getting back up to adjust focus after every shot, but the real fun began after the image was taken.

“The post production was really fun and that’s when the image really came together for me,” she says in the video. “It allowed to really play with the illusion and create the mood that I wanted… which is the feeling we all have of not being heard. Perhaps it stems from our youth, but I think it’s something we can all relate to.”

To learn more about Williams and this photo, be sure to check out the video above. And if you’d like to see more of her surreal work, head over to her Flickr stream or follow her on Facebook by following the corresponding links.

Image credits: Photograph by Laura Williams and used with permission