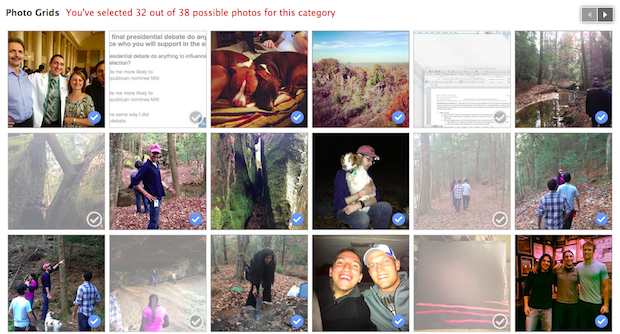 The nostalgic ‘Look Back’ videos that Facebook offered to automatically create for anybody and everybody as part of the company’s 10th anniversary celebrations were a much bigger hit than they expected. The thing is, not everyone’s was as awesome as they might have hoped. And so, Facebook is now letting you edit yours until it’s perfect.

The new editor can be found at this link, and it will allow people to swap out images and status updates so that we can do… well… what we always do on Facebook: put our best foot forward.

The content pool you have to choose from isn’t bottomless. In fact, it’s fairly limited when compared with everything you’ve ever uploaded or said through Facebook’s servers. But a bit of customization can go a long way if Facebook didn’t quite nail the image you wanted portrayed in your Look Back vid.