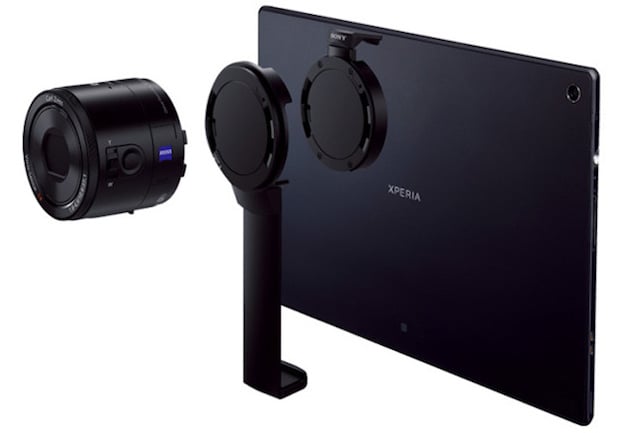 Tablet photography is something of an oxymoron for most photographers, but there are those who occasionally (or more than occasionally) snap a photo on their iOS or Android tablet, and Sony would like to help those people take better pictures.

To that effect, the company has released a new add-on that will allow tablet users to securely fasten their QX10 or QX100 lens cameras to their tablets as well as their phones.

The add-on, going by the model name SPA-TA1, looks identical to the attachment accessory for phones only, well, bigger. Users will have six adjustable arms to choose from — allowing you, in theory, to attach the lens cameras to just about any tablet.

For now, Sony has only announced the tablet add-on in Asia, where it will arrive in April for a suggested retail price of 3,675 Yen (or about $36 US). No word yet on if or when it will arrive stateside, but we’ll be sure to update this post just as soon as we hear anything.

LensRentals Cracks Open the Sony A7R, Gives Us a Peek at the Electronic Goods