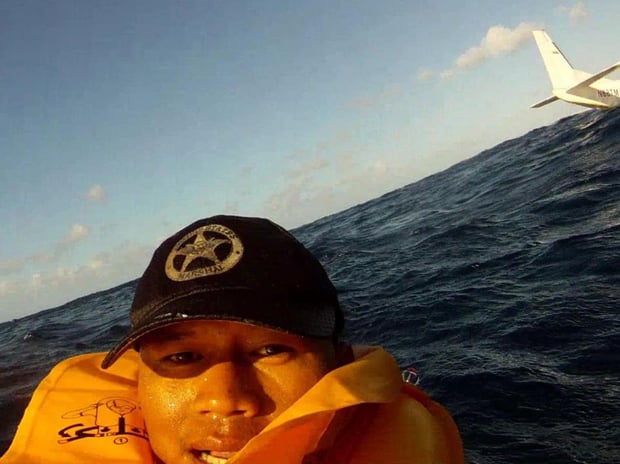 Puentes enjoys capturing takeoffs and landings, and so his GoPro was already rolling on that fateful day when something very bad happened to the single engine of the small plane in which he was a passenger.

He left the camera on, resulting in ultra-dramatic footage (which went viral after he shared it a few days ago with ABC News) of the plane hitting the water off the Hawaiian island of Molokai, passengers scrambling out of the plane and the eventual rescue.

Plus, Puentes also captured one of the most amazing selfies ever, a shot of himself clinging to a seat cushion to stay afloat (his clothes were more than the life jacket could handle) as the tail of the Cessna bobs behind him.

Puentes shares the tale of the crash, which killed one passenger while seven others survived, on his Facebook page, complete with dramatic stills grabbed from his GoPro. Among the more amazing details: Puentes almost got smacked by a humpback whale while trying to swim to shore!