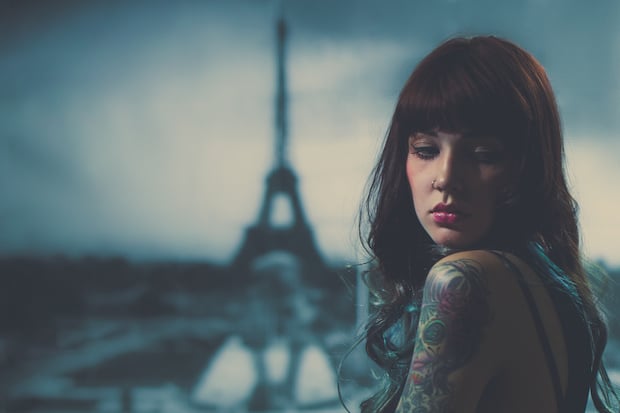 The photograph above seems fairly straight forward: pretty model photographed in Paris with the Eiffel Tower in the background. But that’s not actually the case at all. The photograph was actually taken in a basement in Ohio.

Taken by well-known, Ohio-based photographer Nick Fancher, he revealed on his blog just how he made it happen:

I used a website called The Rasterbator (weird name I know) that allows you to take any sized image from the web and print it out as large as you want. This image of Paris was grabbed from Google and printed out in four rows of eight 8×10” sheets.

I taped the image together on a sheet of foam core, lit it with one large light source and then lit the model with a gridded speedlite, several feet in front of the background. Since she was shot at f/2.8, the background goes soft and looks more real than a printout. 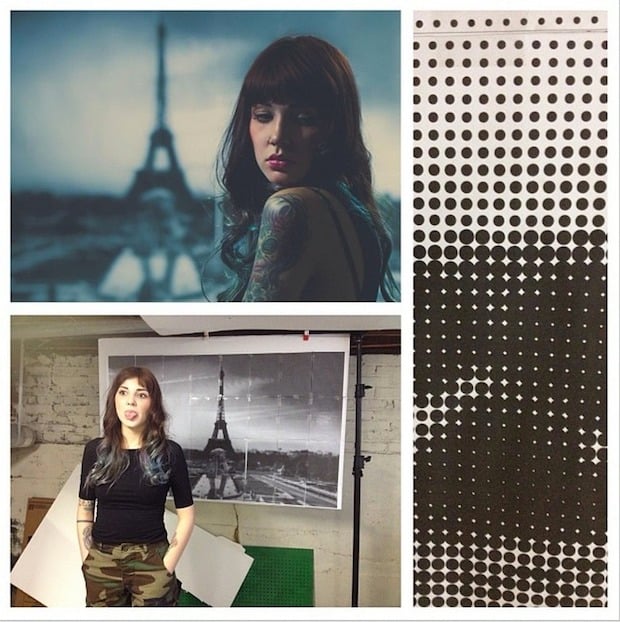 He goes on to call the photograph a “pretty fun experiment,” but we could see this coming in very handy on occasion. Sure, you like many of his readers might have been able to tell that something was off (and we certainly don’t suggest using fake backgrounds is better than actually being on location) but this is a trick you probably want up your sleeve if your budget is not always up to the tasks your creativity sets for it.

A big thank you to Nick for sending us the exclusive scoop. If you want to see more of his work or learn more about the man himself, check out this behind the scenes video we featured back in 2012 or head over to his website by clicking here.

Image credits: Photographs by Nick Fancher and used with permission.