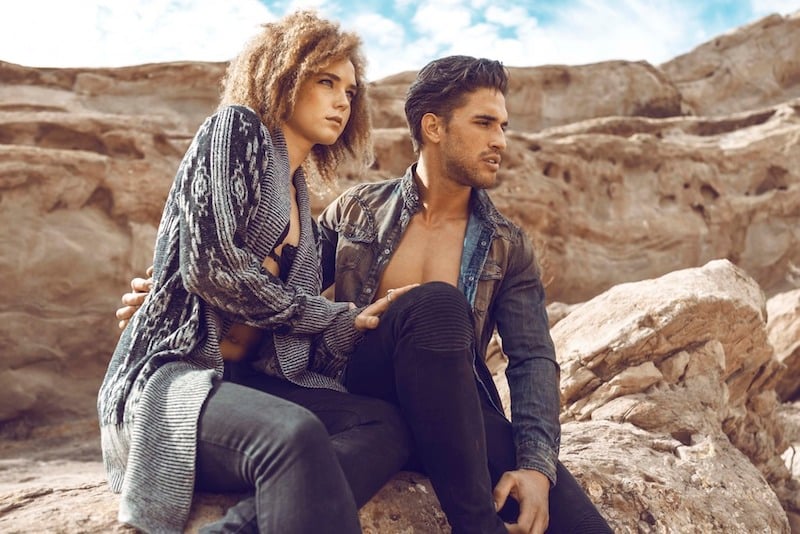 I am a 23-year-old photographer who moved to Chicago from Nigeria 6 years ago. I started photography about 3 years ago. After playing around with a DSLR in Target, I was hooked. I shoot mostly fashion photography, and female models. I have shot full frame since late 2011 with the 5D Mk2, then the D800 since November 2012.

I honestly just had some extra money 2 months ago, and wanted a new toy. It was either the camera or a new road bike. Boy am I glad I went with the RX1. I was lucky enough to get a used one in excellent condition for $1900 with a very nice leather case. 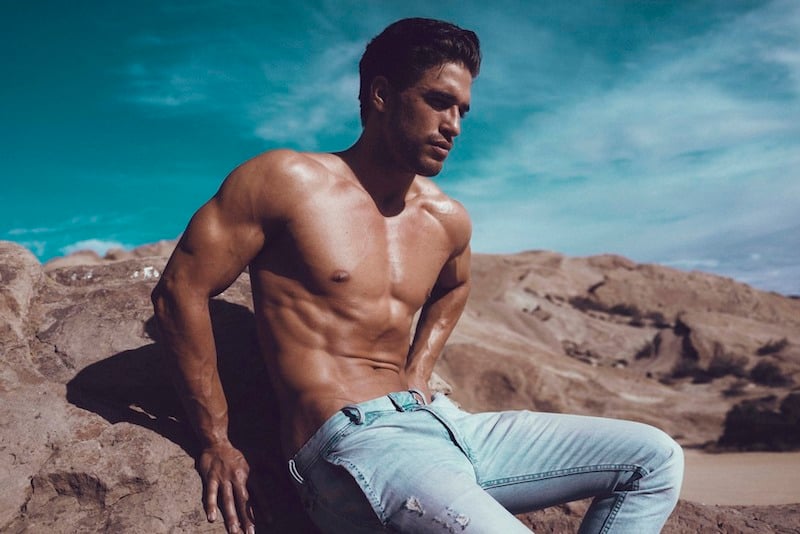 It’s really small, but substantial. There is a solid heft to it, even though it’s not heavy by any means. The compactness makes me marvel at how far technology has come. Everything on the camera feels solidly built and very premium.

It’s such a joy to use. It gets out of your way, and just lets you shoot. The controls are very intuitive, and the feedback from the buttons are very good too. Before getting this camera, my preferred lens was the Nikon 50mm f/1.4. I don’t like zooms, so a fixed lens that gave me more room to add the environment was perfect. It took me a little while to get used to the 35mm focal length, but now it just feels natural.

I have only shot with the camera in available light. I tried using my generic Calumet flash triggers, but they didn’t fit completely into the hotshoe. The strobe syncing worked fine, but the contact was finicky, so it wouldn’t flash when it secured tightly. I prefer to shoot with available light when I shoot outdoors anyways, so strobing with the RX1 wasn’t a priority for me. That just takes the simplicity of using this camera out of the equation. The auto white balance on the RX1 is wonderful. It always metered much better than my D800 in every situation. 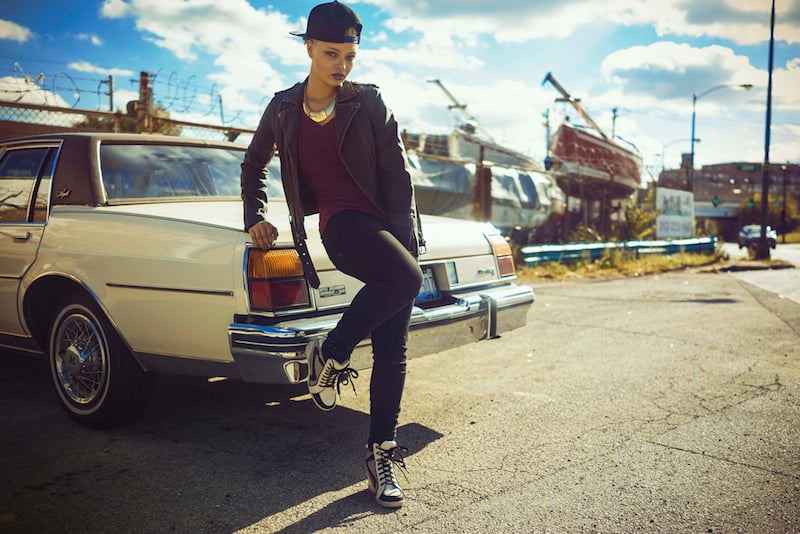 One big advantage with shooting outside on location with the RX1 is how little attention you gather. It’s unbelievable. Cops just walked on by when I was shooting a model in a vest and panties in the middle of the street, in the middle of the day without saying a word. Contrary to my experiences with my D800, we would have been asked to present permits, and all sorts of documentation. People don’t crowd around to watch, because it just looks like I’m with my hot friends taking pics for Instagram. 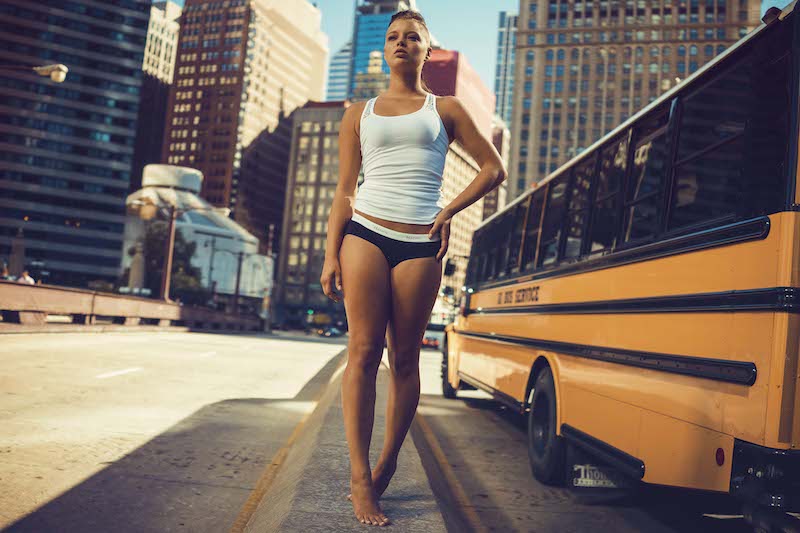 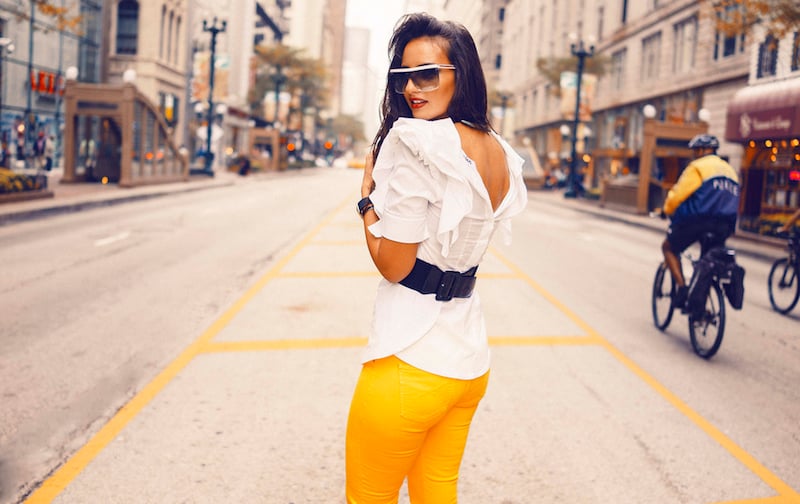 The autofocus is good. It’s not going to win any awards for speed and accuracy, but it’s good enough to capture what I want quickly enough. Especially in sufficient light. It does struggle in low light, but I rarely ever shoot in low light, so that hasn’t been a problem. Speaking of low light performance, the RX1 is really good at high ISO’s. Better than my D800 from 3200 and up.

The dynamic range and sharpness from that 35mm f/2 lens are just wonderful. I don’t even add sharpening in post, because the photos come out nice and sharp. With tons of shadow and highlight detail which makes post-processing a joy. 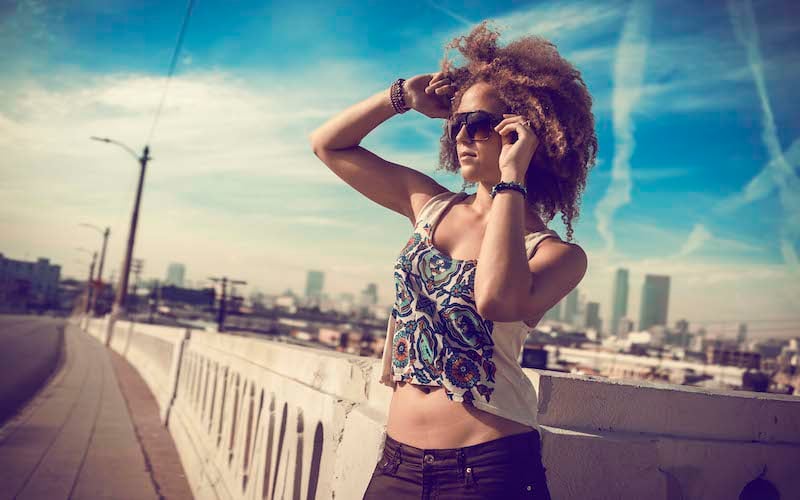 I didn’t get the EVF, because it adds bulk to the camera, is quite expensive, and makes it feel like a very formal/professional affair which goes against the philosophy behind the RX1 in my opinion. The LCD works just fine even in direct sunlight. I do not have a single complaint with it. 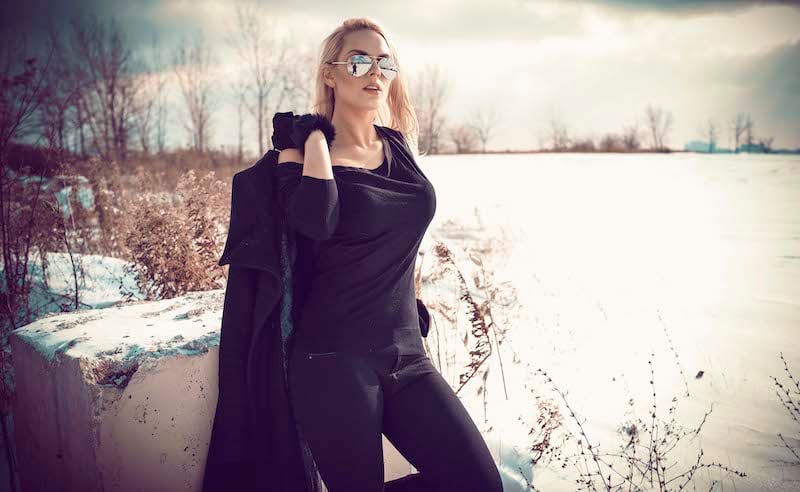 Battery life is quite bad, but the batteries are really cheap, and I have five of them with two chargers. I usually use 2 batteries for a full 2-3 hour fashion shoot. It’s also disconcerting to models who are used to using loud shutter clicks as cues to switch poses, but they get used to it after a while. 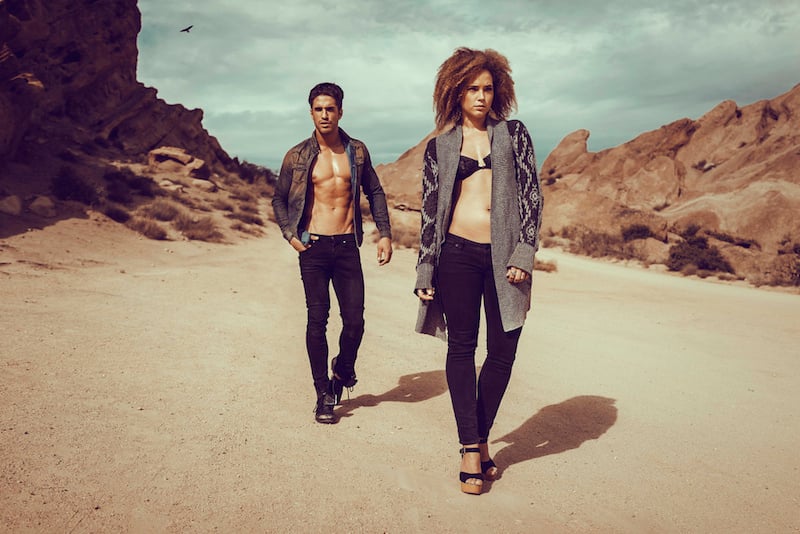 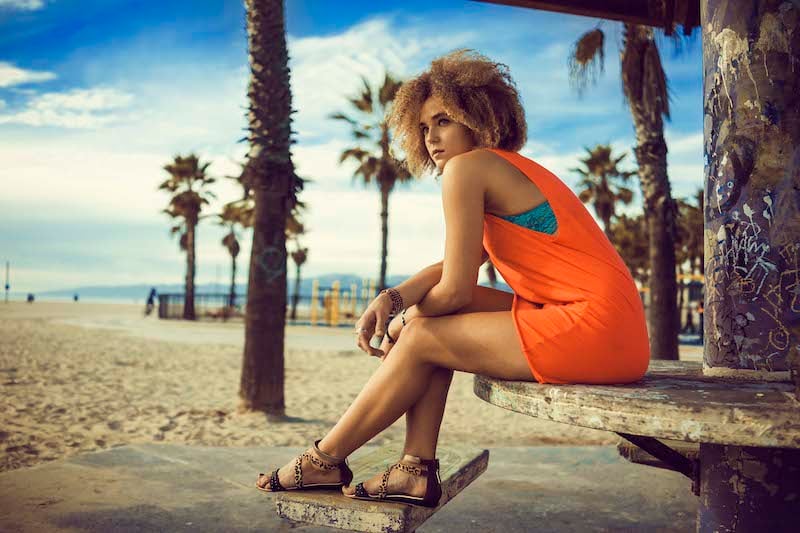 I shoot weddings occasionally, and I use the RX1 for all the pre-ceremony and reception shots where I have more time to be creative.

My only gripe with using it is that I still haven’t had a bride, groom, or client freak out that I was shooting with this tiny camera. It’s a little disappointing because I expected to get that reaction every time I whipped out the RX1 instead of my big DSLR.

My D800 now sits at home collecting dust, and it takes me a while to re-adjust when I have to shoot with it because it really is cumbersome working with DSLR cameras. They’re heavy, bulky, and I hate not being able to see what my photo will look like before I click the shutter. Optical viewfinders are so old-fashioned. 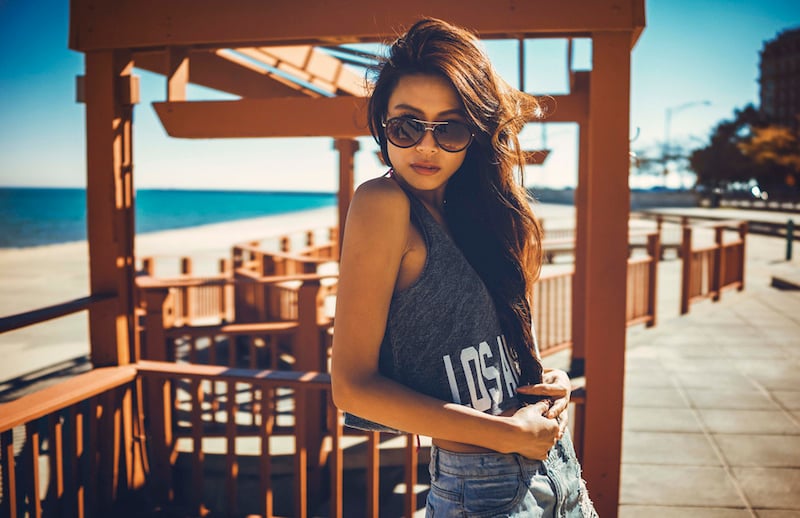 I LOVE my RX1. It has been a revelation shooting with this little beast of a camera. I can’t stress how easy it makes shooting become. It makes something as serious as a high-end fashion shoot feel like a leisure time activity. It makes it easier for me to interact with my models, because everyone is more relaxed and having a blast during the shoot, and it shows in the images. I can’t speak for others, but for my purposes it is the perfect camera for my uses.

I recently went on a trip to LA, and I left my DSLR at home. I didn’t miss having it for one moment. That was when I realized that small mirrorless full-frame cameras are the future. I’ve only done a handful of shoots with the RX1, but it will be my main camera for the foreseeable future. 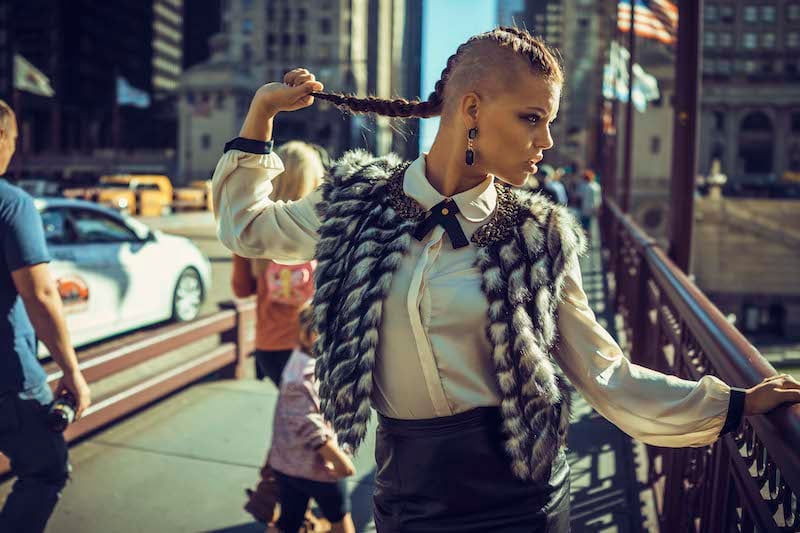 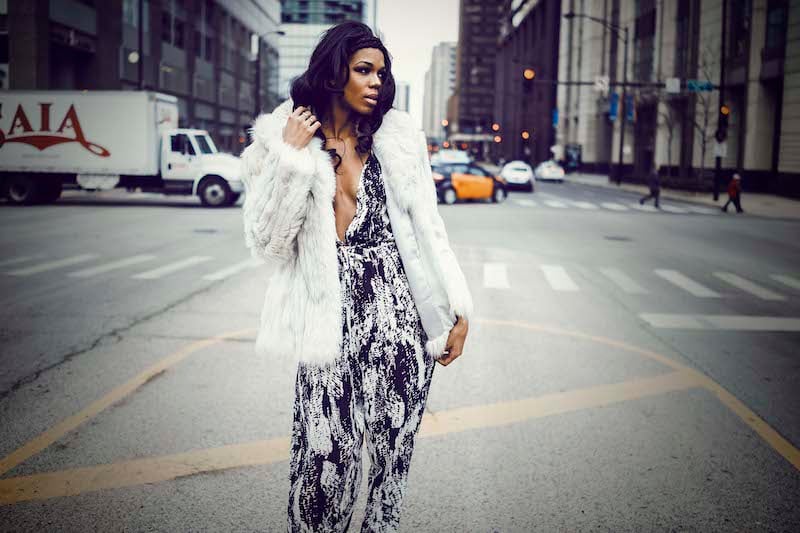 You can ask me any question you like, and I will be glad to answer in the comments section. Thanks for reading!

About the author: Isi Aakahome is a young Chicago-based fashion photographer who came to the US six years ago. He started photography in 2010, and is currently a student at DePaul University. His goal is to make an impression on the viewer with every image he takes. You can find his work on his website and Facebook. This article originally appeared here.