We try to stay away from sharing too much of the same thing (although, admittedly, we’ve occasionally slipped up and shared the EXACT same thing more than once) but with 2013 officially in the rearview, it seems only right that we share at least one “one second per day” video from this past year.

Those of you who have been following PetaPixel for more than a year will remember how “all the rage” these videos were last year, and you might also remember that one of the better ones we shared was put together by a photographer named Kent Frost. 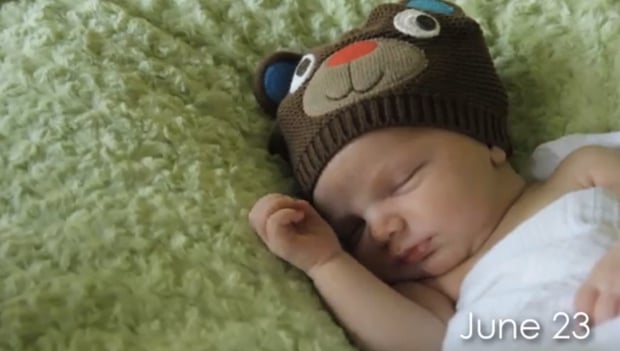 As described by Mr. Frost himself:

A LOT happened this year. We shot several weddings, baby portraits, and family video portraits. We had 60º weather in February, ice in May, and record flooding in August. We had two major comets. A massive meteor exploded over Russia. The Boston Marathon was bombed. The US Government shut down for 16 days. The pope resigned. China soft-landed the first spacecraft on the moon since 1976. And we lost great people like James Gandolfini, Lou Reed, and Nelson Mandela among many others.

And in the middle of all that chaos…we had a baby anyway.

So even though The Atlantic and Reuters and The New York Times and National Geographic have all shared spectacular “best of 2013” galleries and videos, this video, filmed on a pair of Canon 550D’s (aka. T2i’s) and a GoPro Hero 3 Black, gives us a more down to Earth look back at the past year… one most of us can relate to on some level or another.