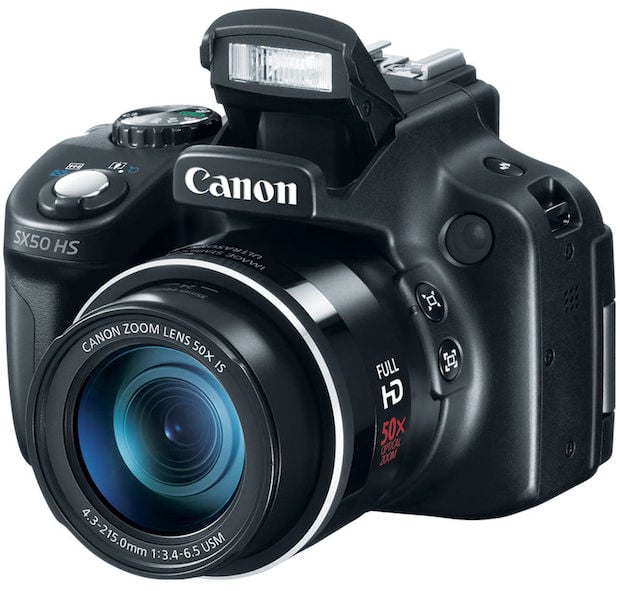 A few days back, the folks over at Egami spotted a new Canon PowerShot patent that, unlike most, piqued many photographers’ interest. That’s because this patent seems to show plans for a 100x (or rather almost 100x) superzoom camera.

Superzooms aren’t exceedingly popular in the professional community, but they’re not entirely overlooked either. Sony’s RX10 in particular has managed to stand out because of its high-quality video capabilities and larger-than-average sensor (for a superzoom, that is).

But where the battle among DSLRs was once fought in megapixels, the battle for superzoom supremacy — at least on the spec sheet — is often fought in zoom capability, and by those standards Panasonic’s FZ70 and its 60x zoom are king. 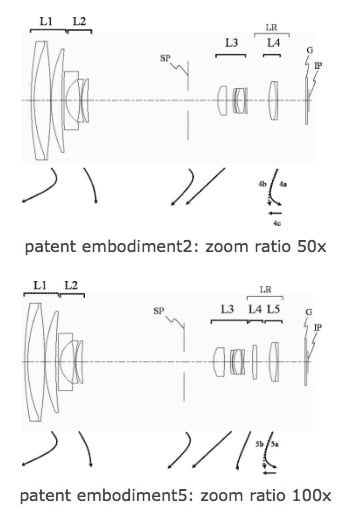 That might not be the case forever though. According to this patent unearthed by the folks at Japanese blog Egami, Canon is toying with the idea of a 100x superzoom camera.

The possible PowerShot’s lens diagram shows 13 glass elements in 10 groups, which together give it a 35mm equivalent range of approximately 20-1900mm. If you do the math, it doesn’t come out to quite 100x, but the number is nice and pretty so most many are reporting it as such.

As with all patents, for now, this is just a possibility with no guarantee that it will ever actually see the light of day. But given that many cameras are advertised based on some unique spec that sets them apart (the term ‘world’s first’ seems to accompany every camera release these days) the possibility that Canon would release a 100x superzoom doesn’t seem all that outlandish.

(via CanonWatch and PopPhoto)

100-Year-Old Box of Negatives Discovered by Conservators in Antarctica

Stunning Photos of the European Alps that Inspire Awe and Envy