Who says you need to travel to exotic locations to capture the aurora borealis in action? Sometimes, all you need is a window seat on a trans-Atlantic flight from London to NYC — at least that’s what happened for one lucky amateur photographer recently when he was treated to one heck of an ‘in-flight movie‘ right outside his airplane window.

Paul Williams describes himself as “Professional programmer/systems designer/manager at Bloomberg,” and an “Amateur musician, sound engineer, photographer, space/supercar/F1 fan, dad,” but he recently photographed something few amateur photographers get a chance to witness without putting in some serious capital.

On a flight from London to NYC last month, he looked out his airplane window and saw the Northern Lights dancing away. Naturally, he whipped out his camera and began taking photos. ” I balanced my camera on a rucksack and left it snapping away out the window,” writes Williams. “What an amazing spectacle was to be seen!”

Here are a few stills he captured and uploaded to Flickr: 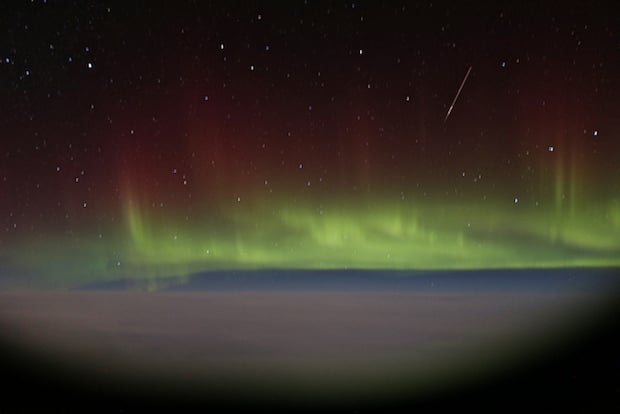 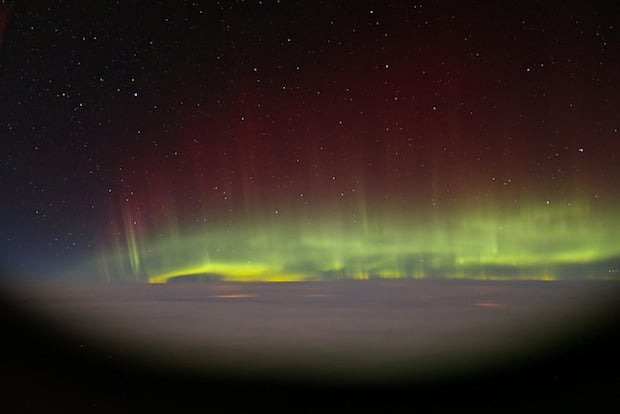 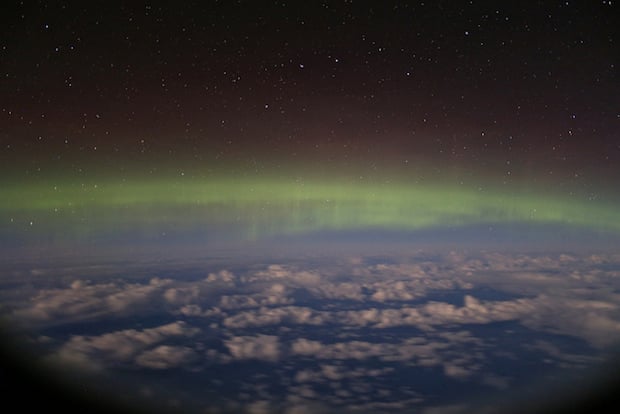 You can see the rest of the stills by heading over to Williams’ “In-Flight Movie” set over on Flickr, or just watch the video and do your best not to let jealousy get the best of you as you do.

To see more from Williams, head over to his Flickr or Twitter by following the corresponding links. And remember, the next time you’re on a trans-Atlantic flight, insist on a window seat… you never know what you might miss otherwise.