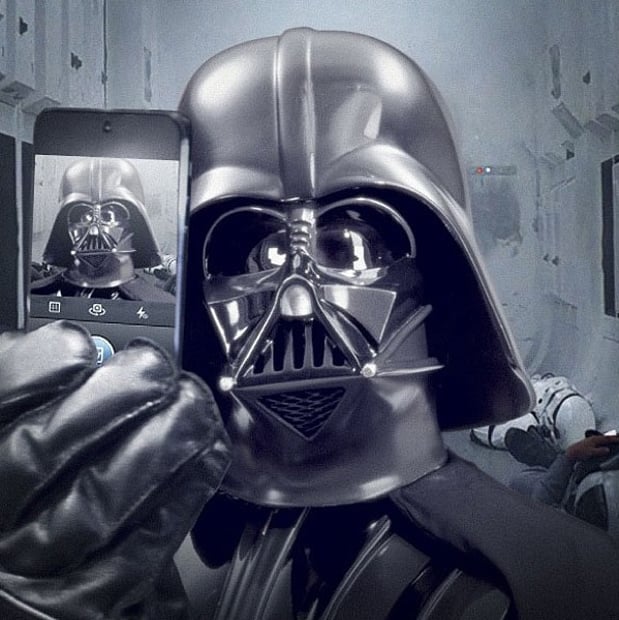 What do you do when you’re not busy destroying rebel planets, choking out generals and dealing with traumatizing father issues? Why, you grab a quality selfie and upload it to Instagram of course.

At least that’s how Lucasfilm/Disney decided to launch its new Star Wars Instagram account this week: by posting a fun shot of Darth Vader snapping a selfie from the body-strewn corridor of a spaceship. Accompanying caption: “Another day at the office.” 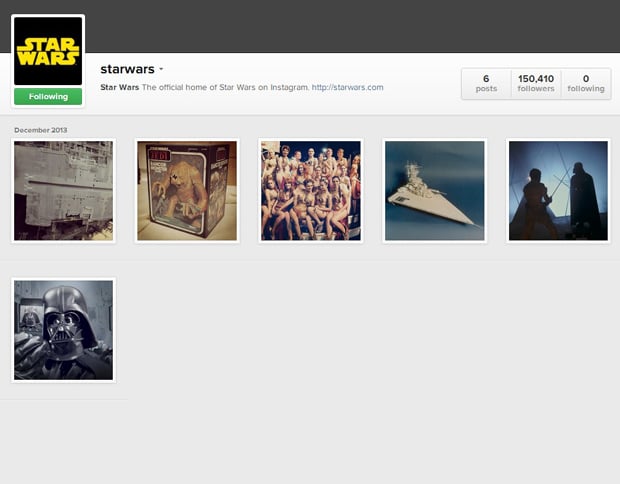 Described as “the official home of Star Wars on Instagram,” @starwars already had more than 150,000 followers by early Wednesday. The widely reposted Vader shot had some 47,000 likes and counting. Favorite comments so far:

Disney acquired the “Star Wars” brand last year and is hard at work on an Episode VII, expected to arrive in theaters in 2015. Behind-the-scenes photos added to the Instagram account suggest it could become a major outlet for hints about the next film, assuming Luke, Leia and Han don’t clutter the feed with their own selfies…