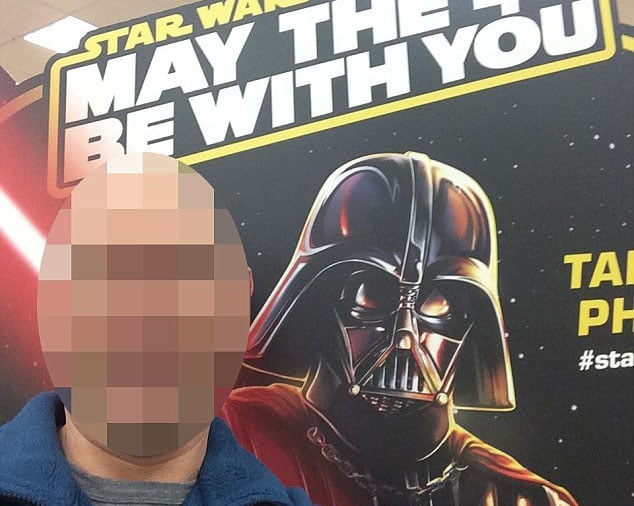 Last week, an Australian mother took to the Internet to publicly shame a ‘creep’ she caught taking pictures of her children at a shopping center. After the story blew up and sparked all kinds of outrage, it turns out the man was simply taking a selfie with a Darth Vader cutout to send to his kids.

The Daily Mail Australia reports that the woman was uncomfortable with where the man appeared to be pointing his cell phone camera, and decided to take some photos of him. 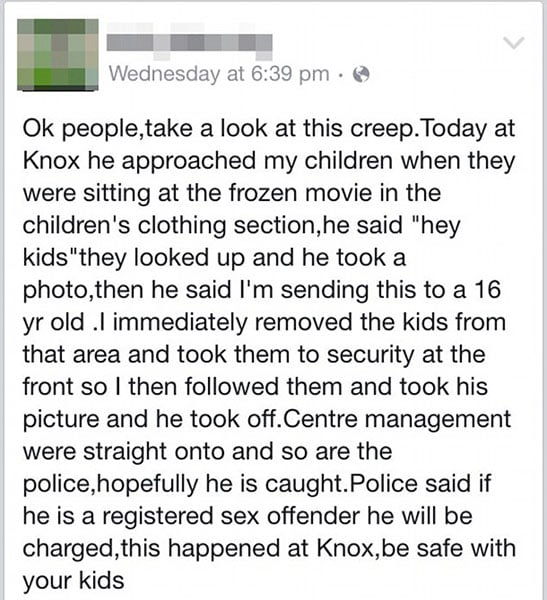 That post blew up and was shared over 20,000 times by people around the world. Soon, the man began receiving death threats from people.

After seeing the post himself, the man went to the police to explain his side of the story, saying that he had simply been taking his very first selfie with a Star Wars display.

“I was in two minds whether to take the selfie, but I thought it’ll be a good daggy dad joke,” the anonymous father tells Daily Mail Australia. “In real terms it was embarrassing enough to be standing in front of Darth Vader to be honest.” 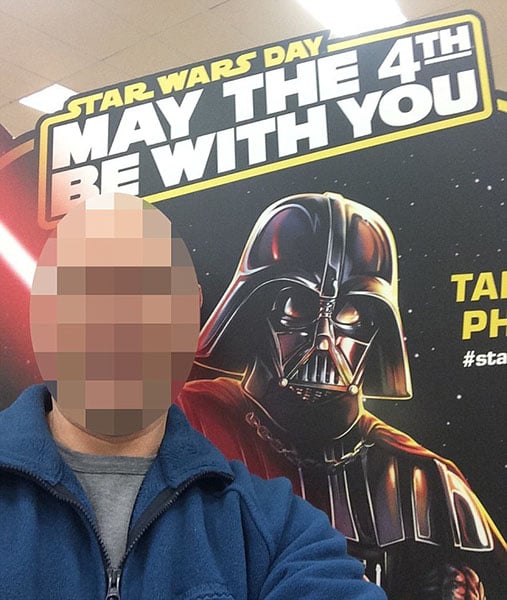 Noticing some kids waiting nearby, he says he told them: “I’ll only be a second, I’m taking a selfie to send to my kids.”

The woman then “stalked” him and took a photo of him, the man says. The next day, someone informed him that his photo was on Facebook with an accusation that he had been “speaking to children and taking children’s photos.”

The man says he’s now looking into taking legal action in response to having his reputation smeared through this incident.

The Closest Photo Yet of the Dwarf Planet Ceres