If you’re in the US and you’ve decided to brave Black Friday to get the most recent must-have Elmo, here’s an awesome London time-lapse that’ll give you a chance to escape the Black Friday madness, if not the crowds, for a few minutes.

The time-lapse was put together by photographer Paul Richardson who, we have reason to know, can spot an awesome time-lapse from a mile away. If you look to past time-lapses we’ve shared, you’ll often spot a ‘Thank you for sending in the tip, Paul!’ at the bottom.

Given that he’s so good at finding quality time-lapses, we knew that it was going to be something special when he got in touch with us about his own. 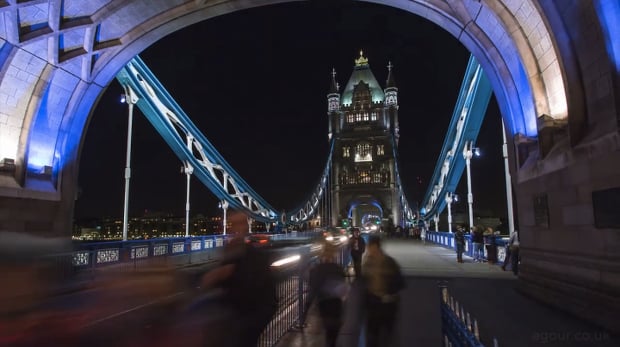 His creation — an impressive motion time-lapse that takes you on a tour of London — beautifully captures the heartbeat of one of the world’s busiest cities.

As he explains in the video description, Restless Nights is about capturing “The true 24/7 nature of [London]; it really is a place that never sleeps.” To see more of Richardson’s work, be sure head over to both his website and Facebook page by hitting the corresponding links.

Thanks for sending in the tip, Paul! ;)

Gorgeous Photograph of a Cap Cloud over the Sierra Nevadas