I’m a self-described Apple fanboy, and even I found this funny, but if you’re adverse to seeing beautifully engineered tech destroyed before your very eyes you might want to skip this one. On the other hand, if you’re an Android fanboy (or girl) who harbors a deep hate for Apple, this could be therapeutic.

In the fake DIY video above, Newtography’s Andrew Newlun sets out to show you how to turn a brand new iPhone into a handy-dandy keychain lanyard by drilling a hole right through the iPhone’s camera.

The best word to describe what you’re about to see is ‘cringeworthy,’ because by the looks of it, it’s an actual, brand new iPhone 4S that he’s working with. 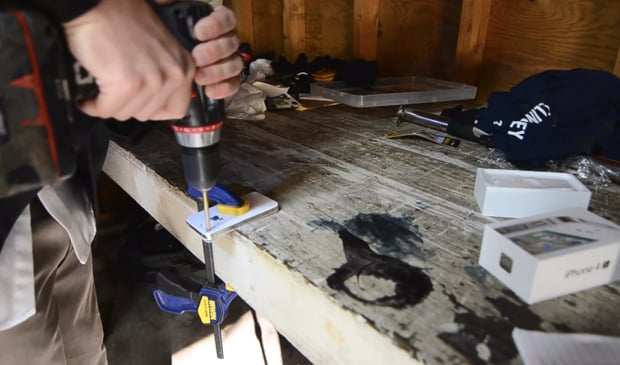 It’s pretty easy really, all you have to do is drill a hole through the camera making sure, as Newlun points out, to use no safety equipment so as to look as hardcore and awesome as possible while doing it. If you lose an eye… well… at least you looked cool doing it.

It goes without saying that this is a joke, and probably not something you want to replicate at home, but we’re going to say it anyway: this is a joke, don’t try this at home!

Instead, watch as Newlun does it for you, have a little chuckle and be sure to stick around till the end so you can see Newlun do his best Jony Ive impression in a mock commercial for the iPhone Lanyard.

Popular Instagram-Related App Scammed 100,000+ Users Out of Their Passwords