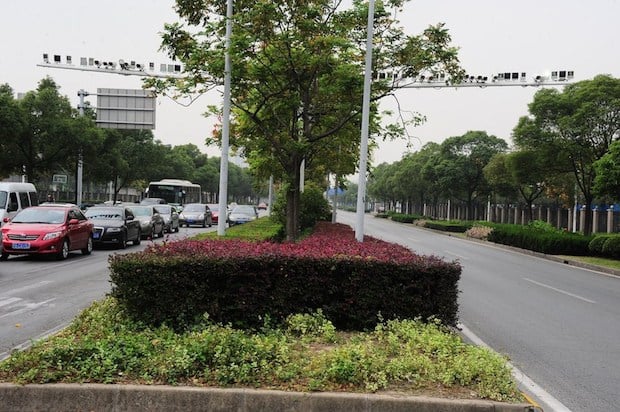 One of the more controversial forms of government photography involves traffic cameras, which wind up in privacy-related news so often we’ve actually never written an article about them. This Chinese intersection, however, warrants some attention if for no other reason than to give you a good chuckle.

According to Hug China, the intersection can be found in Shanghai’s Baoshan District, and you’ll immediately notice something strange about it: there are a total of 60 security cameras above it!.

Originally, this street light was only surveyed by 24 cameras. But the powers that be either found that woefully inadequate or really like the number 60, because they’ve added 36 more to bring the number to a round 60 — good luck running a red light and not getting caught here folks. 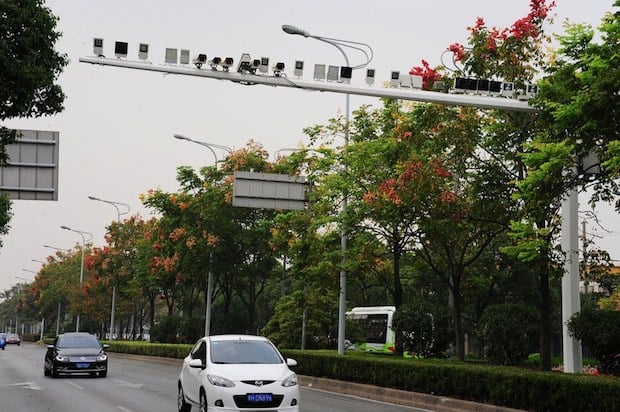 The company who installed the cameras claims they were necessary to monitor traffic flow, but after receiving a massive (entirely justified?) amount of ridicule for putting 60 traffic cameras on one street light, the government recently decided to remove them altogether.

The photographs were taken by the website NetEase, where you can see a few more angles of the intersection from before the cameras were mercifully taken down.